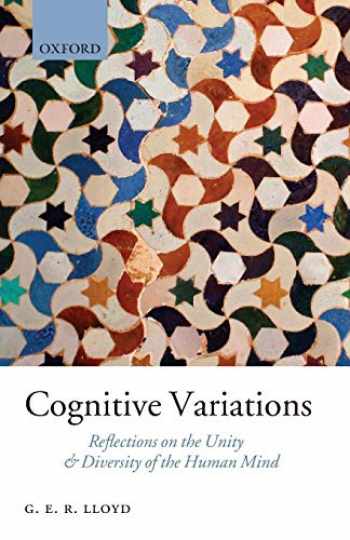 Cognitive Variations: Reflections on the Unity and Diversity of the Human Mind

Sir Geoffrey Lloyd presents a cross-disciplinary study of the problems posed by the unity and diversity of the human mind. On the one hand, as humans we all share broadly the same anatomy, physiology, biochemistry, and certain psychological capabilities-the capacity to learn a language, for instance. On the other, different individuals and groups have very different talents, tastes, and beliefs, for instance about how they see themselves, other humans and the world around them. These issues are highly charged, for any denial of psychic unity savors of racism, while many assertions of psychic diversity raise the specters of arbitrary relativism, the incommensurability of beliefs systems and their mutual unintelligibility. Lloyd surveys a fascinating range of subjects, examining where different types of arguments, scientific, philosophical, anthropological and historical can take us. He discusses color perception, spatial cognition, animal and plant taxonomy, the emotions, ideas of health and well-being, concepts of the self, agency and causation, varying perceptions of the distinction between nature and culture, and reasoning itself. To avoid the pitfalls of misleading dichotomies (especially between cross-cultural universalism and cultural relativism) he pays due attention to the multidimensionality of the phenomena to be apprehended and to the diversity of manners, or styles, of apprehending them. The weight to be given to different factors, physical, biological, psychological, cultural, ideological, varies as between different subject-areas and sometimes even within a single area. He uses recent work in social anthropology, linguistics, cognitive science, neurophysiology, and the history of ideas to redefine the problems and clarify how our evident psychic diversity can be reconciled with our shared humanity.