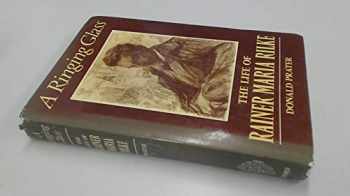 A Ringing Glass: The Life of Rainer Maria Rilke

Rainer Maria Rilke (1875-1926) is widely regarded as the greatest lyric poet of this century. His major achievements--the New poems, the Sonnets to Orpheus, and the incomparable Duino Elegies--had a powerful impact on European literature and have been the subject of intense scrutiny and increasing acclaim since the poet's death. Only in recent years, however, with the emergence of key documentary material, has it become possible to present the full story of Rilke's life. In A Ringing Glass, Donald Prater's aim is not to add another stone to the mounting edifice of critical interpretation, but to provide a portrait of the man hmself, and to show the background in which Rilke's extraordinary vision developed.

And it is an extraordinary background. Rilke's nomadic existence led him from his birthplace in Prague through Germany, Russian, Spain, Italy, France, and finally Switzerland, He visited Tolstoy at Yasnaya Polyana, acted for a time as secretary to Rodin, and was friend of Ramain Rolland, Leonid Pasternak, and Walter Rathenau. He was the protege of Princess Marie von Thurn und Taxis and the lover Lou Andreas-Salome and Baladine Klossawska (of whose son, the painter Balthus, he was an early patron). Financially and emotionally, Rilke needed these associations; yet he dedicated himself fully to his art and remained single-minded in his search for the solitude it required. In his correspondence, from which Prater draws extensively, Rilke reveals the tragic conflict between his needs as a man and his goals as a poet. "This above all," he wrote a younger colleague, "ask yourself...must I write? Delve into yourself for a deep answer. And if this should be affirmative...then build your life according to this necessity."

With this comprehensive biography, readers can themselves delve deeply into the life Rilke built, a life as courageous and rare as the poetry it left behind.

Donald Prater is the author of European of Yesterday, a biography of Stefan Zweig, and his edition of the Rilke-Zweig correspondence will appear shortly in Germany.


·Draws extensively on Rilke's letters to present an intimate portrait 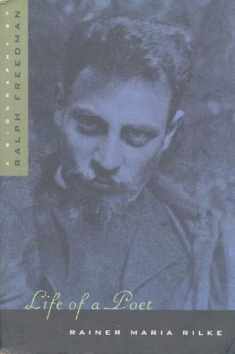 Life of a Poet: Rai...
by Freedman, Ralph