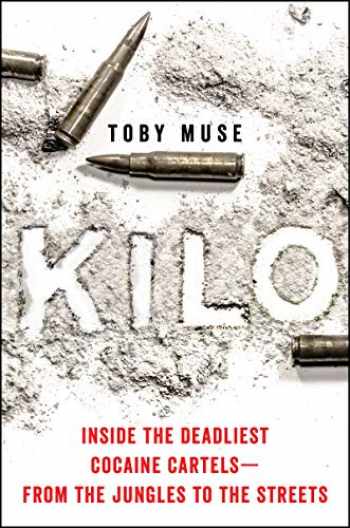 Kilo: Inside the Deadliest Cocaine Cartels―from the Jungles to the Streets

For fans of the Netflix show Narcos and readers of true crime, Kilo is a deeply reported account of life inside Colombia’s drug cartels, using unprecedented access in the cartels to trace a kilo of cocaine—from the fields where it is farmed, to the hit men who protect it, to the smuggling ships that bring it to American shores.

"Toby Muse’s tautly written account of his intimate prowl through Colombia’s narco world is both compelling and unforgettable. With Kilo, cocaine now has its own Dispatches. Simply kickass.”

Cocaine is glamour, sex and murder. From the badlands of Colombia, it stretches across the globe, seducing, corrupting and destroying. A product that must be produced, distributed, and protected, it is both a harbinger of violence and a source of immense wealth. Beginning in the jungles and mountains of Colombia, it filters down to countryside villages and the nightclubs of the cities, attracting money, sex, and death. Each step in the life of a kilo reveals a different criminal underworld with its own players, rules, and dangers, ranging from the bizarre to the diabolical. The killers, the drug-lords, all find themselves seduced by cocaine and trapped in her world.

Seasoned war correspondent Toby Muse has witnessed each level of this underworld, fueled by the appetite for cocaine in America and Europe. In this riveting chronicle, he takes the reader inside Colombia’s notorious drug cartels to offer a never before look at the drug trade. Following a kilo of cocaine from its production in a clandestine laboratory to the smugglers who ship it abroad, he reveals the human lives behind the drug’s complicated legacy. Reporting on Colombia for the world’s most prestigious networks and publications, Muse gained unprecedented access to the extraordinary people who survive on the drug trade—farmers, smugglers, assassins—and the drug lords and their lovers controlling these multi-billion dollar enterprises. Uncovering stories of violence, sex, and money, he shows the allure and the madness of cocaine. And how the War on Drugs has been no match for cocaine.

Piercing this veiled world, Kilo is a gripping portrait of a country struggling to end this deadly trade even as the riches flow. A human portrait of criminals and the shocking details of their lives, Kilo is a chilling, unforgettable story that takes you deep into the belly of the beast.