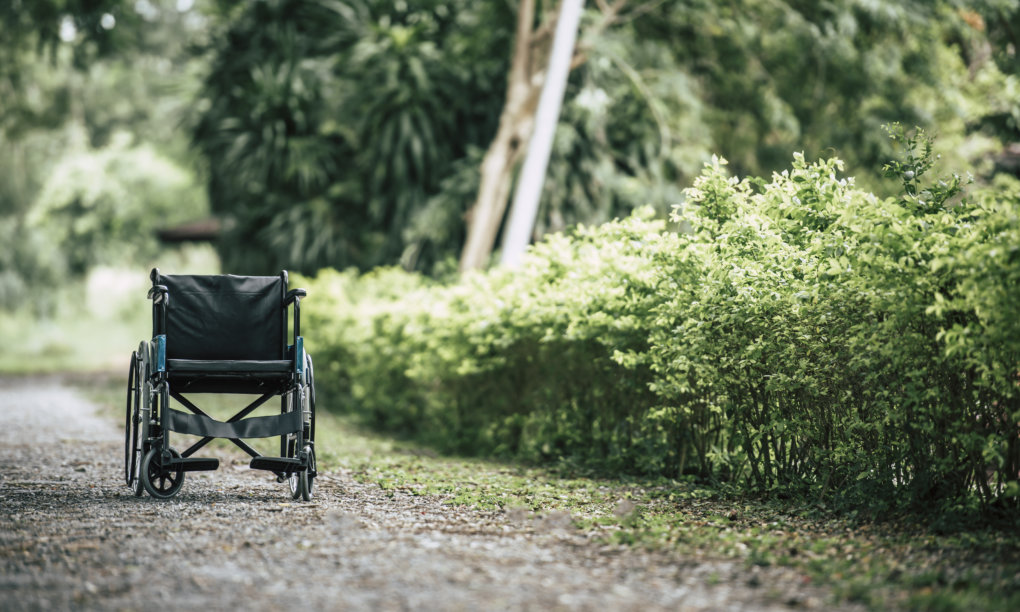 Nick Vujicic story is something that can really inspire. In this article, we’ll cover Nick Vujicic’s bio, Nick Vujicic’s success story, get advice from this motivational speaker without limbs, and learn how do challenges help us in life according to Nick.

Who Is Nick Vujicic?

“The challenges in our lives are there to strengthen our convictions. They are not there to run us over.”— Nick Vujicic

It has become so widespread nowadays for many coaches, spiritual teachers, gurus, tutors, and masters to share their expertise and offer to fix other people’s family life, help to find their life purpose or even turn them into mega-successful entrepreneurs. They claim to know what is best in your life, seem to know everything about success and failure and advise you to dream about a big future. All these motivational videos and inspirational quotes look good and sound interesting but sometime later you start to realize that their ideas are somewhat too general, you are not even sure whether the author follows these ideas himself or if it is just a way to make money.

If you are interested in such topics as how to be motivated, how to define your purpose, or get along with your inner self, then you must have heard about such a person as Nick Vujicic. When you hear him talking about overcoming challenging situations and winning over negative attitudes, you should know one thing: he is not lying to you!

How did Nick Vujicic lose his limbs? He didn’t. Born with no arms and no legs due to a rare condition called Tetra-amelia syndrome, he knows better than anyone else how life can be a struggle. He passed different stages in his life: from depression and feeling powerless in his childhood when he even committed several unsuccessful attempts to end his life to becoming a coach who motivates audiences of thousands of people as well as a proud father of 4 kids. With this incredible experience behind him, Nich Vujcic shares his views and mindset with as many people as possible. His advice, encapsulated in Unstoppable: The Incredible Power of Faith in Action, will help anybody struggling through an uneasy period and give the motivation to move forward.

He is one of the best motivational speakers who possess one important quality – credibility. He has been there, he knows what depression is, he understands how you can hate yourself but at the same time he reached the end of the tunnel, he found the light in his light. His words of wisdom do resonate with your inner world, with your problems and beliefs because his advice worked for him despite all the physical and moral adversities he had to confront on his way.

Nick Vujicic was born and raised in Melbourne, Australia in the family of a pastor and a nurse. It was a shock for his parents to learn that their child was born without limbs since his mother’s work was delivering babies and she led a perfectly healthy life. The doctors never noticed any abnormality during the ultrasound scans and told the expecting mother only about the baby’s gender. So when she saw her newborn son, she was heartbroken and refused to take him at the beginning and asked the doctor to take him away.

Nevertheless, he was growing up in a happy household when his parents did everything they could to ensure Nick had a normal life like other kids. He would follow the mainstream school system and would always try to live to the fullest. Nick Vujicic family is religious and their faith in God helped them to go through the hard times and instilled in Nick his belief in a higher purpose. This belief helped him to accept life the way it was and encouraged him to search for his place and role in this world. He realized that he does not want to leave this world because he does not want to see the grief and guilt on the faces of his loved ones.

“Pain is pain. Broken is broken. Fear is the biggest disability of all. And it will paralyze you more than being in a wheelchair”.

Although with the arrival of Nick, his family was not sure whether he will ever be able to support himself, live independently, or get married, over the course of time he was able to prove his goal-driven nature to everyone. Born with no limbs, mainly torso, he mastered his tiny foot to help him balance and play football and golf, swim as well as perform such daily tasks as typing or writing with a pen. During his trip to Hawaii, he learned to surf under the guidance of the professional surfer Bethany Hamilton who had her arm bitten off by a shark. Also, a special place among Nick Vujicic hobbies is dedicated to skateboarding.

Although later in life he was happy with his parent’s decision to enroll him in a regular school, in the beginning, he had to confront a lot of bullying and teasing from kids. Kids are brutal to each other and they would call him names and he had no limbs to defend himself. It was a painful experience for him. The only thing that a kid wants at school is to fit in but it was not possible for Nick Vujicic. This experience caused depression and self-esteem issues, he was suffering from pain and was constantly asking himself the same question “why me?”.

How were the challenges faced by Nick despite of his physical deformities? The beginning of mental healing started for Nick with an unhappy incident. At the age of 13, he hurt his small foot and that is indeed when he felt that he was paralyzed. He spent weeks attached to his bed unable to type, write or swim. This experience made him realize that he has to be more thankful for what he can do and less focused on his disabilities. That was his big achievement to stop feeling sorry for himself and to accept his life the way it is. And this led to another amazing journey: Nick sealed his faith in God and this belief opened for him a completely new and interesting world.

At the age of 17, he was encouraged to speak about his faith and experience of overcoming adversity to small groups of people. As time passed, he started to get invited to present in front of larger audiences – in front of 300 sophomore students, for example. He could see people listening attentively to his words, sharing their emotions, crying, and even asking to hug him. This made Nick realize that he does not need to hold people’s hands in order to touch their hearts! During one of the events, one girl raised a hand and asked if she could hug him in front of everyone. She was so thankful to Nick for his inspirational words because he made her believe that she is being loved and that she is beautiful the way she is.

This positive experience and the girl’s gratitude inspired Nick’s desire to become one of the top motivational speakers in the world. Speaking to many students and learning about their struggles, insecurity and problems made Nick aware that he is not the only one struggling in this world: life is not easy for anyone! It was a revelation to him and he made his decision to enter the university no matter how hard it might be for him to finish it. So after school, he went on to earn a double Bachelor’s degree in Financial Planning and Real Estate. Getting the grips of business planning and finance helped him go across 44 countries and speak more than 2000 times to people of various ages, cultures, and backgrounds.

So what is the opinion of Nick about challenges in life? One of Nick Vujicic quotes resonates particularly well with his audience and encourages people to stop complaining and to look back at their life from a positive point of view :

Nick hired a speaking coach to develop his abilities to develop as a speaker even further. He created his company “Attitude is altitude”, launched a non-profit ministry “Life Without Limbs” to spread his messages of faith and hope across the world. He has started living his dream to help others accept themselves the way they are and help them find their roles in life. According to Nick Vujicic, everyone arrives in this world for a purpose: God does not make mistakes!

Nick Vujcic’s name became a real brand when he published his book called Life without Limbs where he shares his attitudes, ideas, and lifehacks to have “ridiculously a good life”! His successful example of finding a positive experience in everything he has to confront on a daily basis won him the Australian Young Citizen of the Year award for his bravery and perseverance. He has become one of the highest-paid motivational speakers in the world gathering audiences of up to 110,000 people!

The year 2008 brought a very important person into Nick Vujicic’s life: he met his beautiful wife Kanae and found his personal happiness. They moved to California and started a big family — they have 4 healthy kids now! They share their touching story in Love Without Limits: A Remarkable Story of True Love Conquering All. They both like seeing people change for the better, and that is why Nick is open about his story! He does not pretend his life is easy with no arms and no legs, but the most important is that it is filled with joy, love, purpose, and faith in God. He is surrounded by people who love him and he knows that his work is important for others.

So once you are about to start complaining that your professor did not appreciate your homework, or your boss at work does not raise your salary or maybe you are struggling to lose those extra 5 kgs or you cannot afford to travel for a holiday to the destination of your dreams, you should always remember Nick’s story. We are used to taking so many things for granted whereas we should look back at our life and just feel thankful for what we already have. Just remember Nick’s experience and we are sure you will believe his idea:  “If you can’t get a miracle, become one!”.