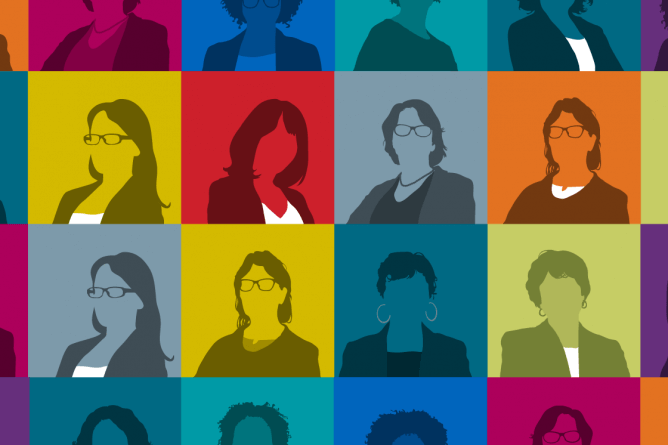 How often do we hear these names or we read about them in the press – Oprah Winfrey, Melinda Gates, Serena Williams, Sheryl Sandberg, Michelle Obama. Nowadays it is not possible to keep silence on the role of women in this world, on the issues they have to confront on a daily basis. There are more and more talented and influential women working within media, tech, sports, literature industries who are advocating for gender equality, equal pay between women and men. Let’s remember the most recent #MeToo campaign where women from all over the world stepped in to come face to face with sexual harassment. This is an unprecedented case unknown to the world before it happened!

With the intention to honour the power of feminism that is striving to change the world and make it better, safer and more tolerant, we prepared a list of 10 inspirational TED videos that show how women advance our society as a whole.

‘We Should All Be Feminists’, Chimamanda Ngozi Adichie

“The higher you go, there are fewer women”

This iconic Ted talk, given by the award-winning author Chimamanda Ngozi Adichie, is seasoned with humour and vivid examples from the speaker’s own life about how women’s role in the traditional society is perceived. Born in Nigeria and educated in the US, she has become a successful novelist who empowers women in her stories. She is one of the best examples of goal-driven women who are not afraid to pose questions even to the topics that are avoided or not considered to be acceptable to be discussed in public. This motivational talk was the turning point for the author’s book of the same name. Apparently, even Beyonce appreciated Adichie’s words of wisdom and used her ideas in the song “Flawless”.

In the conversation, the author discusses how she was called herself a feminist, how she had to confront the negative connotations of this term in her life and how she arrived to understand what everyday feminism actually is. What it means being young and female in Lagos, differences between men and women, gender disparity and privilege issues for men and women are the least but not the last thigs covered in her presentation shedding a light on the issues of the women born in the 20th century in today’s world. We definitely recommend listening to this inspirational talk!

‘Why We Have Too Few Women Leaders ’, Sheryl Sandberg

As the COO of Facebook, Sheryl Sandberg is an example of some of the most successful people in the world. In this talk, she discusses the disparity in power positions between men and women and shares her advice on self-improvement and how to reach the C-suite position. According to her, women do not do what they want but are forced to make a choice between their professional success and personal happiness. More often than men, women tend to underestimate their abilities and as a result, do not reach their personal fulfilment. Sandberg is one of the main proponents of gender equality in the workplace and her motivational quotes will be appreciated by any woman who is aspiring to succeed both professionally and personally.

‘The Urgency of Intersectionality’, Kimberle Crenshaw

The term “Intersectionality”, first coined by Crenshaw in 1989, is used to indicate the overlapping of social justice problems like sexual harassment and racism. As a civil rights advocate, during conferences and talks, she takes an uneasy role to explain how to identify the race and gender bias which is often left even unrecognised by so many women who think it is normal. Her inspirational quotes and words encourage both men and women to speak up for those who suffer from prejudice and to advance America by amending multiple levels of injustice.

“Sexism isn’t a one-size-fits-all phenomenon. It doesn’t happen to black and white women the same way.”

‘How Online Abuse of Women Has Spiraled out of Control ’, Ashley Judd

As one of the main originators and supporters of the #MeeToo movement, as well as one of the most beautiful women in the cinema industry, Hollywood actress Ashley Judd, speaks out from her own experience about hate speech, sexual harassment and violent threats happening online to lots of women all over the world. Her openness makes these ted talks topics for women so compelling and trustworthy for others to tune in. The way she deals with these issues and how sincere she is about her personal trauma turns Judd into an inspiration for others who might have undergone through a similar experience.

In this presentation, Ashley Judd calls on to confront the ongoing terror of women on social media and she shows how she does it herself through improving digital media literacy and confronting sexism in tech companies. After listening to this moving talk, you will understand what it means to be involved in activism to recognize the harm of online harassment and why it needs to be prosecuted.

“Girls’ and women’s voices and our allies’ voices are constrained in ways that are personally, economically, professionally and politically damaging. And when we curb abuse, we will expand freedom,”

The book “Bad Feminist” was started as a joke by the American writer Roxane Gay who was acknowledging in it that she was failing as a feminist, i.e. living up to the perfect feminist canons. Her work turned immediately into a referral example on gender equality. In this thoughtful public presentation, the author speaks about such important women’s rights as equal pay for equal work, the right to easy and affordable access to birth control, the right to make choices about their own bodies. Another important point made by Gay is that when speaking about the needs of women, we have to take into account other identities that women inhabit: different bodies, sexuality, faiths, backgrounds, paths, abilities and so on. It is about building an inclusive environment. For the author, feminism has to embrace all these sides and flavours and only then we will see social change for women in the society we are living in.

“Let’s Put Birth Control Back On The Agenda”, Melinda Gates

Melinda Gates gave numerous talks on the platform of ted.com but here we are going to speak about her 2012 presentation where she raised such an ever important topic as birth control. According to her, our world has changed significantly when women gained control when to have kids and how many of them. Birth control should be a basic women’s right everywhere in the world which will open up a completely different degree of freedom to women. By granting women access to family planning tools in impoverished countries of Africa and in India, we will see healthier societies with economic development and gender equality rising. She shared her personal experience how an opportunity to have kids when she felt ready let her build a successful career as well as meet her personal goals.

“Women and girls should be able to determine their own future, no matter where they’re born.”

“How to succeed? Get more sleep”, Arianna Huffington

Arianna Huffington-Stasinopoulou became known to the world when in 2005 she started publishing articles for her blog called HuffPost, aka the Huffington Post. After that many things have changed in the world but her blog continued to gain popularity and Arianna became worth $300 million when AOL decided to purchase it. Huffington became the Editor-in-Chief and the President of the Huffington Post Media Group. She has been listed by Times Magazine among the world’s most influential people as well as on the Forbes Most Powerful Women list.

In this talk, she confesses about her non-stopping self-motivation to grow as a businesswoman, her dedication to work which resulted in her chronical lack of sleep and subsequent serious injuries and health problems. She learnt her lesson the hard way and teaches others that more sleep can secure a happier, more productive and inspired life. According to Huffington, women have to start this sleeping revolution which will allow them to have greater results in the future.

“Women are going to lead the way in this new revolution, this new feminist issue, We are literally going to sleep our way to the top.”

“On Being a Woman and a Diplomat”, Madeleine Albright

As the former U.S. Secretary of States, Madeleine Albright is no stranger to women issues. She is an ardent advocate for supporting women at work and giving them equal rights at work because this will lead to a healthier society and a more advanced economic model.

In this 2010 TED Talk, she recalls that when she was involved in politics, it was necessary for women from different countries to support each other’s decisions in terms of military budgets and arms control in order to arrive at the decisions she wanted. According to Albright, women can support each other through their positions of power.

The author Isabel Allende was the first ever woman to bear a flag during the Olympic Games in 2006. All the other women who accompanied her for this event were the examples of “strong and passionate women”. She uses such women as the basis for her main characters’ portrait traits and behaviour in the books she writes.

In the TED presentation, Allende calls on nurturing feminine energy in the management of the world in order to see ‘real changes’ in the way our society functions.

“We need a critical number of women in positions of power, and we need to nurture the feminine energy in men”

“This tennis Icon Paved the Way for Women in Sports”, Billie Jean King

The tennis legend Billie Jean King speaks in this presentation about her historic match against the male tennis player Bobby Riggs, one of the top players at that time. This sports battle went down in history as the Battle of Sexes. She is a pioneer for women in sports getting paid remembering the times when she had to sign $1 dollar contracts in the 1970s. In her very sincere and open manner, King shares her ideas on identity, the role of sports in social justice and about social change in America.

“Two things came out of that match. For women: self-confidence, empowerment. They actually had enough nerve to ask for a raise,”