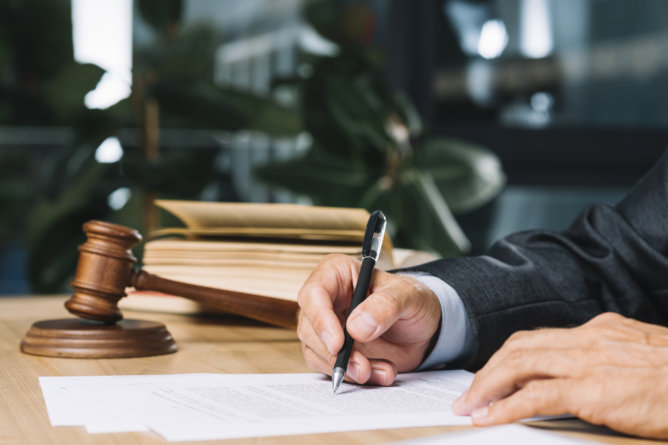 You might have reviewed all the books on your LSAT list or have the copy of “Black’s Law Dictionary” always on your side, but there are other books on law school shelf which are worth mentioning. We decided to gather a list of such books on the law which will introduce you to landmark Supreme Court decisions or give you food for thought about interesting legal twists in a downtown novel. Check below 12 best books for law students:

The Legal Analyst: A Toolkit for Thinking about the Law

This textbook is a guide to thinking lawyers to understand law and thinking processes behind it. It explains in a very accessible manner how to think about reasoning, arguments and how to analyse law cases using such concepts as Prisoner’s Dilemma a Stag Hunt

Your Case: The Art of Persuading Judges

This law classic is ideal for law students and young professionals who plan on litigating cases and need to master persuasion skills. Antonin Scalia was the Supreme Court Justice and good friend of notorious Ruth Blader Ginsburg with whom they had famously different views on the Constitution and the role of the court. In this book he shares his valuable law toolkit on how to convince generally anyone of anything in your legal career.

The Elements of Legal Style

This law book is written by the legal scholar Bryan Garner who used to team up with Supreme court judges on persuasion skills and law cases, including Antonin Scalia. The book explains all the elements that legal writers should be aware of including mechanics, word choice, structure, rhetoric as well as the use of headings, quotations, defined terms etc.

This book uses illustrated storytelling to explain the nation’s cornerstone legal principles. It is a groundbreaking and entertaining way to read the most serious governing document of the United States. Article by article, amendment by amendment, it uncovers meaningful relevance of the American law.

This essential Law textbook written by a renowned Notre Dame professor, gives you witty examples of logic and explains the dangers of illogical thinking. In the book you will find the information on how to formulate concise and reasoned arguments with the help of evidence. One of the described approaches to sharpen logical and coherent thinking is to delve into illogical reasoning with the intention to understand misleading factors and arguments.

This book lists Supreme Court’s biggest cases during 1969 and 1975 in the manner of a page-turning thriller rather than textbook. It gives insight into controversial Burger-area decisions on the death penalty, freedom of the press and wiretapping.

Every law case in this book tells a story effectively, logically and compellingly which will teach you how to convince a judge, a potential client or a jury. Meyer’s book even touches on such details as voice, pitch, pace and style.

Justice Anthony Kennedy said about this classic novel: “All lawyers – better than that, all law students – should read “The Trial”. A dark, humorous and frustrating reality which happen to be the other side of the law as well!

“My Beloved World” is a memoir written by the first Supreme Court Associate Justice of Hispanic origin. It is Sonia Sotomayor’s personal story about her childhood, education and Supreme Court life. It is a great inspirational book that will surely add to your perseverance to get through your first year at law school!

This book is a collection of hundreds of written laws that have been inflicted on over the past 5000 years. These laws may be weird, absurd, stupid but all of them are real, every law listed in this book has been verified! So if you have ever wondered what you should do if your bees fly into somebody else’s beehive, then you should definitely consider reading this book!

This Pulitzer-winning book gives an account of a story that happened in 1960 in Montgomery, Alabama when a city official sued the New York Times for libel and was awarded $500,000 by a local jury. This story is the best example of a case that redefined what newspapers and ordinary citizens can print or say.

Capote’s book is written in the true crime genre telling the story about the murder of four members of the Herbert Clutter family in Kansas and subsequent capture of their killers, their trial and execution.