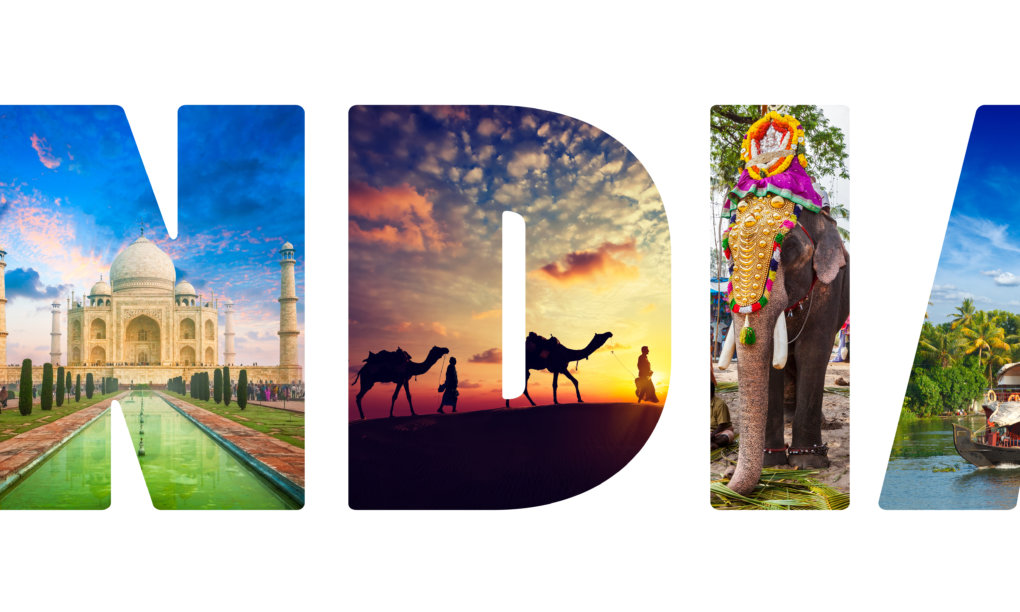 India is such a big country and offers a diverse array of destinations to travel to: more than 20 official languages (will you dare to learn any of these languages, or at least a few words?), varied cultural regions, variety of cuisines and multiple religions — all this formulates unique Indian authenticity. It is important to understand that you will not be able to see everything that this magnificent country has to offer just in one go – you will need a lifetime for that!

Oh well, let’s start with more realistic plans now with what to do in India: you can taste this country’s splendidness in two weeks at a stretch. We prepared a list of places that are worth visiting when you travel to India for the first time and we recommend to allocate at least two nights for each place: as always, the longer you stay, the more you will be able to soak up and truly grasp the mysterious nature of Indian spirit. So you would like to know more about the places to go in India that are featured in Lonely Planet India guide?  Below we would like to introduce you to our list of the top 10 places to visit in India which will make your stay simply unforgettable!

And of course, delicious Indian food makes a big part of any travel experience. Amazing thing is that you can get such an authentic food journey in your own kitchen — just follow the tips from Made in India: Recipes from an Indian Family Kitchen.

10 Best Places to See in India

This city is located in the southern part of India. Mysore used to be the capital of the Wodeyar dynasty and has a famous tourist attraction which dates back to those times – the Mysore Palace. It is worth going to India just to see even one this gem! It was built as a symbol of the opulence of its owners with carved doors out of rosewood, ivory ceilings and numerous paintings of the walls. Another must-see tourist spot in Mysore is its famous Devaraja Market: a magnificent outdoor experience is guaranteed to you there! You can buy one of the best chai teas as well as stumble upon products carved out of sandalwood which is India is so well-known for.

Amritsar is a holy city for people following the Sikh religion which is located in the province of Punjab in the north of India. The Golden Temple, also known as the Harmandir Sahib, was built out of real gold more than 400 years ago. It is the real mecca and is always packed with Sikhs coming here from all over India. The temple is open for visits for all people despite the religion they are following: the only requirement is to walk barefoot and cover your head as a sign of respect. We advise you to enter the building through the main entrance, the Ghanta Ghar, and to see the magnificent pool where pilgrims arriving at the temple take baths.

Another places to visit in India is Ladakh—the region situated in the Kashmir region and is packed with mountains. This is why despite the vast size of the region, the population density is rather low here. Visitors are drawn to this area because of the pristine scenery of its amazing nature and also to visit the town of Leh. It is located at one of the most elevated points in the area and houses the 17th century Palace of the Ladakh King.  It is a prominent place of Buddhist culture and you will have the opportunity to explore many of the Buddhist monasteries and temples located in the Old Town of Leh.

Every tourist has heard about Goa – a mecca for hippies and free-spirited young people who want to break free from the heavy materialistic western culture. This place used to be a colony of Portugal in the past which explains the presence of an interesting melange of colonial architecture and Indian culture. Goa is one of the best places to visit in India and most popular in international tourism for its magnificent beaches, in particular for Candolim Beach. Travelers from all over the world arrive here to soak up in the sun and relax under the coconut palms. Another famous beach in the region is called Anjuna Beach. Normally it is less crowded but offers the same magnificent experience for a lazy holiday. You can also visit the Chapora Fort and get an unusual view on the local sandy beaches. Another hot spot in Goa is called Palolem and is considered by some of the visitors to offer the most beautiful beaches in all of Goa. The reason for this is that it is a natural bay surrounded by the land on either side. We advise visiting this place for everyone who has not lost his adventurous spirit and who loves fun in the sun as much as we do.

If you happen to be going to India, you cannot avoid a visit to its capital city – Delhi. Located in Northern India and considered India most tourist place, this sprawling city is considered to be one of the oldest cities in the world. Since the time when it was found, it turned into a massive conglomeration and has numerous growing districts. One of the most important tourist sights there is the Red Fort, known otherwise as Lal Qila, which dates back to the 17th century. Made from sandstone, you will be able to spot its glowing façade immediately when you arrive in Delhi. Enter through its Lahore Gare into the bazaar and then continue to the former residence of the sultan. Delhi is the cultural capital of the country so make sure you leave some time to explore the local museums and monasteries spread around this massive city.

Now it is time to visit the famous state of Maharashtra where you will find these magnificent caves. There is a massive complex of 34 shrines carved out of the mountain at Ellora. They are around 1,500 years old and unite three distinct religions – Buddhism, Jainism and Hinduism. Similar complex consisting of 29 caves is located at a two hours’ drive – in Ajanta. The distinct feature of the caves in this region is that they are covered in murals and paintings drawn on Buddhist topics. Both the complexes are worth a visit to open you the full beauty of Indian culture!

So once you have discovered the incredible attractions of the cultural capital of the country, it is time to move to its spiritual capital – the city of Varanasi. Located on the banks of the Ganges, it is a truly ancient city with its history dating back for more than 3,000 years. Effectively, it is one of the oldest continually inhabited cities on our planet. The city is inextricably linked with the evolution of religion in India and religious buildings are a major attraction in Varanasi. Make sure you check out the Alamgir Mosque, the Shri Kashi Vishwanath Temple and the Sankat Mochan Temple which is famous for its unusual residents – monkeys. Get up before sunrise and go to the banks of the river Ganges where more than 60,000 people wash daily. This experience is truly unforgettable for us, Western people, who are used to our baths at home!

India is a large country hosting six distinctive climatic subtypes including arid deserts in the west, alpine tundra in the north and humid tropical regions in the southwest. In the latter zone is located a place of tropical beauty known as Kerala—one of the best tourist places in India. Beaches covered in white sand, large palm trees, famous backwaters, beautiful houseboats and temple festivals have been successfully turned into the main zone for eco-tourism in the country. Another big reason to explore the Kerala region is Thekkady, a famous preserve for tigers. The main city is called Kochi which is known from the thriving local fishing industry. It is a developed city which has a blend of colonial architecture together with modern skyscrapers, which places it in the list of attractions in India. Also, it is a very culturally diverse city: you will see a Jewish synagogue, a Dutch palace, the colonial Portuguese Pallipuram Fort and the Hindu Thrikkakara Temple.

Agra is probably among the most popular tourist destinations in India. It used to be the capital of the Mughal Empire and is home to the most symbolic Indian structure known – the Taj Mahal. It is a mausoleum built in the 17th century out of white marble which is regarded in the world as a monument of love. Be aware that it is the most visited tourist sites in India and therefore it is all the time very crowded. Another major destination for tourist sightseeing is the famous 16th century Agra Fort which bears resemblance to the Red Fort in Delhi. Its splendid interiors are definitely worth visiting!

Check the beautiful Taj Mahal below:

On the border with Pakistan to the northwest of the country, there is another gem among India points of interest – the state of Rajasthan, which is the home to the Thar Desert. It contains some of the best and most interesting places India has to offer: the Aravallis Mountains, numerous buildings associated with Rajput history. The capital of Rajasthan is Jaipur, often known as the Pink City. It houses incredible architecture including the three forts, many temples as well as the City Palace. There is also the Blue City, aka Jodhpur, which serves as a gateway to the Thar Desert and a home to the Mehrangarh Fort. Your must-see among places in India to visit, this part of the country has always been featured in all travel guides in India so it is one of the main destinations in your “what to see in India” list. If you want to plunge in the atmosphere of Rajasthan while dreaming (or already preparing) of your trip there, check this guide Patterns of India: A Journey Through Colors, Textiles, and the Vibrancy of Rajasthan for endless inspiration!