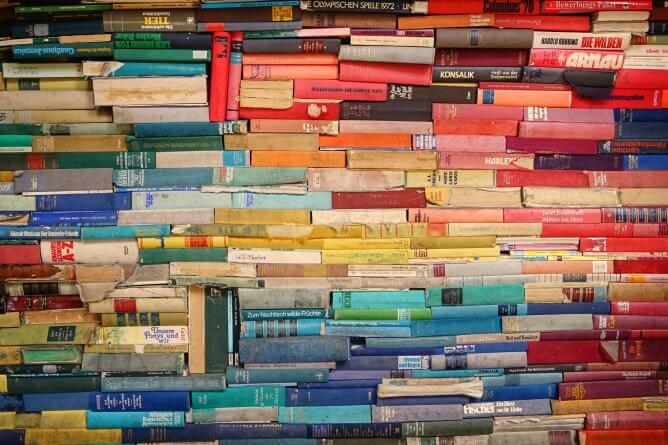 This article uses some of the information provided here: The Biggest Educational Publishers

Special coupon code 8Edu1P that will add extra 7% on your buyback order!

Hurry up to sell your textbooks on BooksRun!

Numerous times we covered stories about reselling, donating or recycling used textbooks. But do you know where do these books come from? We decided to tell you about the largest publishers who provide textbooks for university courses all over the country: they are responsible for deciding on the structure of the course, for creating the layout of the textbooks and for distributing them. In total, there are 310 “General Education” publishers in the USA. Among them, there are 5 most prominent companies that stand out in the publishing industry. Below we will cover them in more detail.

Also, Cengage is the owner of  National Geographic Education that develops educational materials for pre-K through to 12th grade students as well as teaching materials for educators. It provides an interactive method of learning using the latest technologies to bring the excitement of National Geographic expeditions, scientists, photographers and writers into the classrooms. In 2018 their revenue was $1.7 billion.

Houghton Mifflin Harcourt (formerly Houghton Mifflin) bought Harcourt Publishing in 2007 for $4 billion. The company provides all sorts of educational materials in hard copy and digital form for students of different ages groups. Also they are leaders in such niche educational sectors as homeschool materials, GO Math! Academy, Channel 1 News in order to let young citizens stay informed about current affairs and latest educational news. Their project Cliffsnotes is a very versatile and useful Study Guide that gives reviews about sitting SAT exams for such subjects as English, Biology, History, Algebra, Economics and so on.

Apart from textbooks, Houghton Mifflin Harcourt publishes such world known series of books as The Lord of the Rings and the Hobbit. In 2017 the company made more than $1.4 billion in revenue.

McGraw-Hill Education was created in 1888 by a teacher from New York. Since then the company has turned into one of the largest educational publishing houses in the country. McGraw-Hill’s digital education program encompasses 4 divisions: Connect, Aleks, Learnsmart and Smartbook. In 2016 the company had more sales of its digital content than of its printed educational materials for the first time in the company’s history. In 2018 they made around $1.8 billion in revenue.

Moreover, besides being the second-largest textbook publisher in the country, McGraw-Hill owns Standard & Poor’s, i.e. a mixture of stock index, investment research, publisher and credit rating agency. Their financial focus is not surprising either since the company started publishing BusinessWeek as early as in 1929 which they sold later to Bloomberg in 2009. Therefore, the company is a flagship house for textbook publishing as well as financial services.

The story of Pearson Education slightly differs from the rest of the publishing houses. The company began its activity in the building industry in England in 1844 and by the late 1880s became one of the largest construction companies in the world. Nowadays, the company has successfully rebranded to focus solely on educational services. It is the largest publishing house in the world which earned $5 billion in revenue in 2018, the highest profit in the industry. Pearson is the owner of Penguin Books and is a partner of the College Board to administer the SAT exams in the United States. Only from developing materials for testing students’ knowledge, the company makes a whopping sum of 1.7 billion in revenue.

Scholastic specialises in publishing educational materials as well as children’s books. Among their products, you can find videos, toys, books and television materials. The company organises school-based fairs throughout the country and have attracted a recent amount of brand recognition in the United States due to that. This is the company that published Harry Potter series in the U.S. They made almost $1.7 billion in 2018.

These publishing houses make billions of dollars annually and have diversified business models owning magazines, newspapers and digital publications. Effectively they have turned into media conglomerates. They are big players on the educational market scene and can easily regulate prices which can explain very high prices of textbooks in the United States. To make textbooks more affordable to students, in 2015 the Congress came up with the iteration of the Affordable College Textbook Act that would draft open textbooks for education. In such a way, open textbooks in digital form could become free to the public through educational grants. But since this Act threatens the massive digital textbook business of the publishing conglomerates, it will take time for this bill to get passed. In the meantime, you can always use the option to buy used books and save your money!