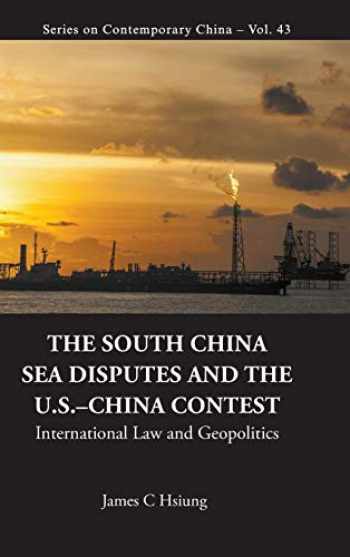 This book focuses on a region that, next to the Middle East, has become a dragnet of international conflicts in the world. The South China Sea (SCS) region, furthermore, is the subject over which a rumored war may break out between the United States, the extant superpower, and China, an emergent superpower — should the current power transition end up in a Thucydides Trap. The volatility of the situation has gone beyond the long simmering tensions due to overlapping claims by six contending Asian neighbors, to culminate in a nascent crisis surrounding the US–China contest.

The book's broad sweep provides a careful examination of two tangles: (i) a legal tangle bedeviling China's relations with other competing claimant nations, and (ii) a geopolitical tangle at the heart of the US–China contest, arising from America's instinctual response to the China-threat scare trumpeted by neorealist analysts and media gurus as well. The book reviews what general international law has to say on "historic waters", which is the basis of China's claim, in its disputes with its contending neighbors. It also examines the background of the China-threat scare, to see if it has any merit, in light of both the shifts in the running China debate and the evidence of China's might and intentions.

The book's final part explores a possible way out of the two tangles, in the interest of arriving at a reconciliation of the tensions and conflicts associated with the SCS, so that the United States and China can meet each other across the divide for the sake of a new era of public order, presumably under a condominium they can build together.

Readership: Policymakers, academics, professionals, undergraduate and graduate students interested in South China Sea disputes and US-China Relations and, the General International Law on the Law of the Sea.