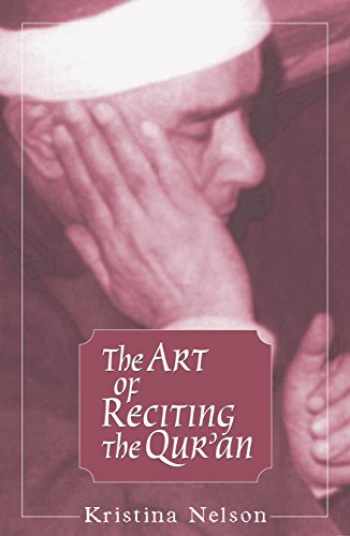 The Art of Reciting the Qur’an

For the Muslim faithful, the familiar sound of the Qur’anic recitation is the predominant and most immediate means of contact with the Word of God. Heard day and night, on the street, in taxis, in shops, in mosques, and in homes, the sound of recitation is far more than the pervasive background music of daily life in the Arab world. It is the core of religious devotion, the sanctioning spirit of much cultural and social life, and a valued art form in its own right. Participation in recitation, as reciter or listener, is itself an act of worship, for the sound is basic to a Muslim’s sense of religion and invokes a set of meanings transcending the particular occasion.
For the most part, Westerners have approached the Qur’an much as scriptural scholars have studied the Bible, as a collection of written texts. The Art of Reciting the Qur’an aims at redirecting that focus toward a deeper understanding of the Qur’an as a fundamentally oral phenomenon. Focusing on the Egyptian context, and examining Muslim attitudes toward the Qur’an, the institutions that regulate its recitation, and performer–audience expectations and interaction. Kristina Nelson, a trained Arabist and musicologist, casts new light on the significance of Qur’anic recitation within the world of Islam today. This new edition of a landmark study, with a new postscript, will be welcomed by all scholars and students of the modern Middle East, as well as by ethnomusicologists, anthropologists, linguists, folklorists, and religious scholars.
‘’This is an important book―a book of cultural translation in the best sense of the word: it translates meaning.’’ ―Regula Burckhardt Qureshi, Ethnomusicology
‘’Quite simply, the book changes the way one understands the Qur’an, and it changes the way one listens.’’ ―Philip D. Schuyler, MESA Bulletin