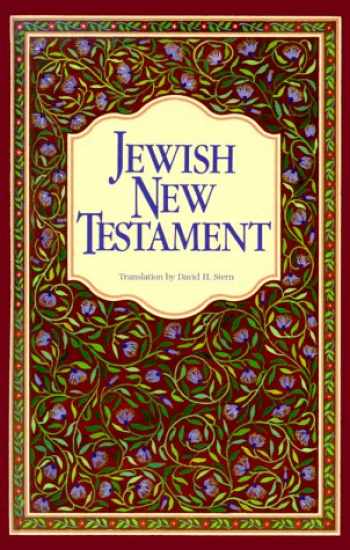 The New Testament is a Jewish book--by Jews, mostly about Jews, and for Jews as well as Gentiles. Its central figure, the Messiah Yeshua (Jesus), was and is a Jew. Vicarious atonement, salvation, immersion (baptism), the new covenant and the very concept of a Messiah are all Jewish. In sum, the New Testament is built upon and completes the Hebrew Scriptures.

The Jewish New Testament brings out Jewishness in three ways:

- Cosmetically--by using neutral terms and Hebrew names: "execution-stake," not "cross"; "Ya'akov," not "James."
- Culturally and Religiously--by highlighting Jewish features: "Chanukkah," not "the feast of dedication"; "tzitzit," not "fringe."
- Theologically--by correcting mistranslations resulting from anti-Jewish theological bias; for example, at Romans 10:4 the Messiah is "the goal at which the Torah aims," not "the end of the law."

Freshly rendered from the original Greek into enjoyable modern English by a Messianic Jew (a Jew who honors Yeshua as the Messiah of Israel), the "Jewish New Testament" challenges Jews to understand that Yeshua is a friend to every Jewish heart and the New Testament a Jewish book filled with truths to be accepted and acted upon. At the same time, while reaffirming the equality of Gentiles and Jews in the Messianic Community, it challenges Christians to acknowledge the Jewishness of their faith and their oneness with the Jewish people.