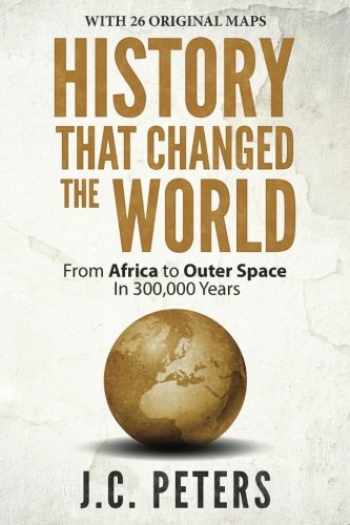 History That Changed the World: From Africa to Outer Space in 300,000 Years

The world of today continues to be shaped by the past

Without understanding the pivotal events, political movements and social revolutions that happened in the world before us, it is impossible to understand the world around us. Because everything is connected, nothing happens in isolation.

Without the French Revolution, for instance, there would have been no Napoleon, who in turn set the stage for German unification, which then seriously disturbed the balance of power in late 19th century Europe, making the outbreak of the First World War just a matter of time.

After Germany was defeated, the Versailles Peace Conference then basically created the conditions for the outbreak of World War II, which brought us the Bomb, helped bring about the Civil Rights Movement, spurred the decolonization of Africa and Asia, destabilized the Middle East and ignited the Cold War, which would push mankind to the brink of nuclear holocaust in October 1962.

It is all connected.

Fast-paced, engaging and original, History That Changed the World unearths the many links between the past and the present by zooming in on the key events, movements, inventions and people whose profound impact on the course of history continues to echo into our own time.