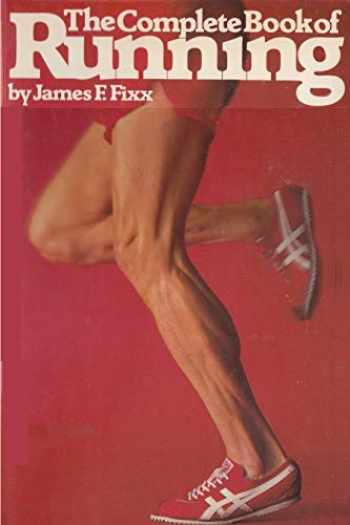 The Complete Book of Running

Acknowledged authors Fixx, James F wrote The Complete Book of Running comprising 334 pages back in 2018. Textbook and eTextbook are published under ISBN 487187317X and 9784871873178. Since then The Complete Book of Running textbook was available to sell back to BooksRun online for the top buyback price of $ 1.51 or rent at the marketplace.
Show more

Running or jogging has become not just a habit but an indispensable way of life to millions of Americans, and their numbers are increasing at a startling rate. In every state of the union, and at any hour of the day or night, men, women and children are running. This is no fad; it is a phenomenon that is not going to disappear for its benefits and rewards are so immediate and so striking that almost anyone who tries it for a week is apt to be smitten for life. But though running's popularity is easy to confirm, what is less obvious-and only partially understood-is that its psychological benefits are at least as important as its physical ones. Of course runners feel better, become thinner, probably live longer, have a better sex life, and drink and smoke less than their sedentary companions, but they are also likely to acquire a "high" from running, increase their self-esteem, be better able to cope with pressure and tension, feel surges of joy discover that apparently insoluble problems dissolve, and even achieve, however temporarily, a state of serenity that carries over into their daily lives. The Complete Book of Running is virtually an encyclopedia that covers every aspect of running. It includes chapters on, among others: What Happens to your Mind The Longevity Factor Getting Thin Running for Women Running Wen you're Over Forty Running for Kids Gear Diet Racing Running After a Heart Attack (a prescription increasingly recommended by physicians all over the world) How to Prepare for a Marathon and much, much more. The Complete Book of Running will prove to be a truly inspirational book to those readers who discover the long-term benefits of this sport. It is also, quite simply the best work published on the subject to date, as the advance comments, from professional and amateur runners alike. When he started running years ago, Jim Fixx weighed nearly 220 pounds and breathed hard just thinking about exercise. After running at 159 pounds, he had been declared medically finer than most college athletes, had competed in-and finished six Boston Marathons, had won the Connecticut 10,000-meter championship in his age category and had run the equivalent of once around the equator. A New Yorker and a graduate of Oberlin College, Mr. Fixx was a former managing editor of Horizon, senior editor of Life, and editor of McCall's. He wrote books on other subjects and worked as a freelance magazine editor. He was married, had four children and lived in Riverside, Connecticut, where he ran ten miles every day.