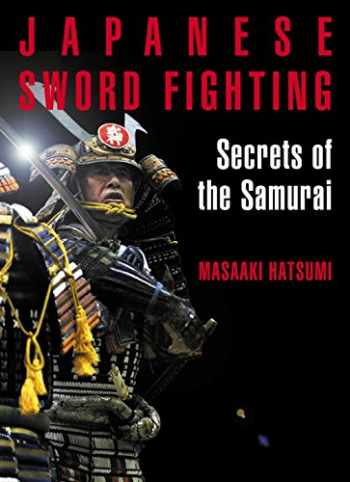 Japanese history is replete with great sword masters. Legendary figures such as Koizumi Isenokami, Tsukahara Bokuden, Yagyu Munenori, Miyamoto Musashi, and Ito Ittosai have been revered as deities for countless years, forged into the history of Japan's martial arts. But there were also many lesser known samurai who carried the spirit of Bushido, Tirelessly devoting themselves to Japan's martial traditions and mastering their many fighting forms. Japan's rich legacy of swordsmanship has been passed on through these generations of samurai, who developed many techniques using the long sword, short sword, and Ninja sword, among others.

In this book, Masaaki Hatsumi, the most renonwned Budo and Ninja grandmaster in the world, explores the venerable history of Japanese sword fighting, sharing with the reader his reflections on the hidden essence of this revered martial art. He covers a variety of classical techniques including Ninja kenpo, Yagyu Shinkage-ryu, as well as two-sword techniques. Drawing on his deep knowledge, the author demonstrates advenced, practical applications of the art, using the stick, spear, naginata, and kusarigama. More mysterious, secret techniques are also discussed, including those involving armor, and the variety of renowned mutodori (no-sword) forms-the ultimate martial skill of the samurai. Works of calligraphy by famous samurai masters, such as Asari Matashichiro and Yamaoka Tesshu, accompany the descriptions, as well as important historical scrolls and an array of lavish illustrations that help demonstrate the grace and beauty of Japanese sword fighting.

After his highly acclaimed works The Way of the Ninja and Advanced Stick Fighting, Masaaki Hatsumi continues to pursue his life's ambition of fostering and spreading Budo throughout the world, with this definitive book on the art of Japanese sword fighting. Within his technical descriptions and musings on the history of Bushido, Hatsumi's philosophy of promoting a world of peace and tolerance is ever present, as is his firm belief in the universality of Budo, espoused in his own words: ". . . if the seed of Japan's Budo is planted anywhere in the world, it will continue to grow and flourish."