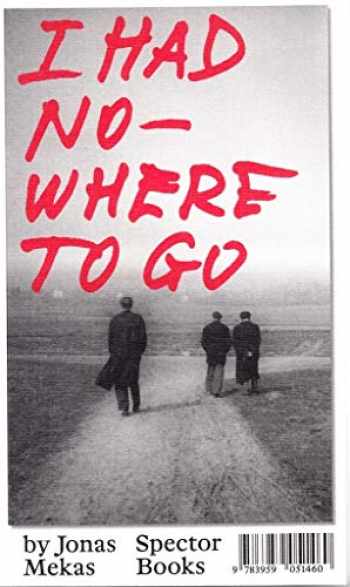 I Had Nowhere to Go

Acknowledged author wrote I Had Nowhere to Go comprising 480 pages back in 2017. Textbook and eTextbook are published under ISBN 3959051468 and 9783959051460. Since then I Had Nowhere to Go textbook was available to sell back to BooksRun online for the top buyback price or rent at the marketplace.
Show more

"Jonas Mekas' diaries have an aching honesty, puckish humor and quiet nobility of character. Many readers curious about the early years of this seminal avant-garde filmmaker will discover here a much more universal story: that of the emigrant who can never go back, and whose solitariness in the New World is emblematic of the human condition." -Phillip Lopate

"I was enormously moved by it." -Allen Ginsberg

Legendary filmmaker Jonas Mekas actually came to filmmaking relatively late in life, and his path to New York was a difficult one. In 1944, Mekas and his younger brother Adolfas had to flee Lithuania. They were interned for eight months in a labor camp in Elmshorn. Even after the war ended, Mekas was prevented from returning to his native Lithuania by the Soviet occupation. Classed as a “displaced person,” he lived in DP camps in Wiesbaden and Kassel for years. It was only at the end of 1949 that Jonas and Aldolfas Mekas finally found their way to New York City.

A new edition of Mekas’ acclaimed memoir, first published by Black Thistle Press in 1991, I Had Nowhere to Go tells the story of the artist’s survival in the camps and his first years as a young Lithuanian immigrant in New York City. Mekas’ memoir―the inspiration for a 2016 biopic by Douglas Gordon―tells the story of how an individual life can move through the larger 20th-century narratives of war and exile and tentatively put down new roots. In the words of Phillip Lopate, “This is a lyrical, essential spiritual anthropology.”

Jonas Mekas (born 1922) lives and works in New York. Filmmaker, writer and poet, he is a cofounder of Anthology Film Archives, one of the world’s largest and most important repositories of avant-garde film. An influential figure in New American Cinema and New York underground culture, he worked with Andy Warhol, George Maciunas, John Lennon and many others. Mekas’ work has been exhibited in museums and festivals worldwide.