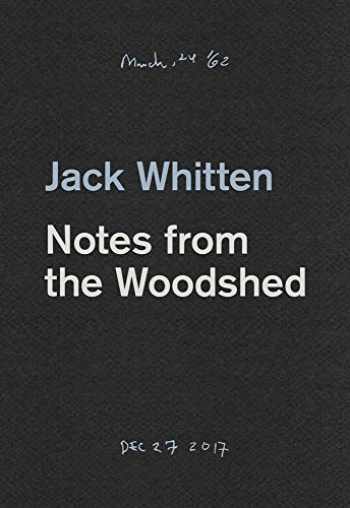 Jack Whitten: Notes from the Woodshed

Acknowledged author wrote Jack Whitten: Notes from the Woodshed comprising 520 pages back in 2018. Textbook and eTextbook are published under ISBN 3906915174 and 9783906915173. Since then Jack Whitten: Notes from the Woodshed textbook was available to sell back to BooksRun online for the top buyback price of $ 5.06 or rent at the marketplace.
Show more

A black man who grew up in the Jim Crow South, Jack Whitten (1939–2018) arrived in New York in 1959 and began a wide-ranging exploration into the nature of painting and art-making that would sustain more than five decades of work. Early in his career, in 1970, Whitten experienced his breakthrough moment: when he lifted a thick slab of paint off its support, he realized he could experiment within the physical, dimensional space of the paint itself. After that, all bets were off:" I cut paint, I laminate paint, I grind paint, I freeze paint, I boil paint," he said.

Approaching abstraction as scientist and mystic, Whitten probed the expressive and material possibilities of painting. He constantly changed styles, developed new methods and took up new subject matter, but it is precisely this spirit of curious inquiry that unites his relentlessly experimental career.

Jack Whitten: Notes from the Woodshed collects the artist's notes from his work in the studio alongside selected interviews and texts, presenting an in-depth look at his rich studio practice. This publication comes at a crucial time; after decades of neglect, the art world has just begun to take stock of what Whitten achieved in his body of work. Edited by Katy Siegel, one of Whitten's long-standing champions, this volume offers an intimate look at the artist in his element―in the studio.

Jack Whitten (1939–2018) was born in Bessemer, Alabama, and studied art at Southern University in Baton Rouge, Louisiana, where he became involved in civil rights demonstrations. From 1960 to 1964 he studied art at Cooper Union, New York, falling in with the abstract expressionists of the day (Willem de Kooning was a particular influence and mentor). The Whitney mounted a solo exhibition of his paintings in 1974; in 1983 the Studio Museum in Harlem held a 10-year retrospective. In 2014, a retrospective exhibition was organized by the Museum of Contemporary Art in San Diego, traveling to the Wexner Center for the Arts in 2015 and the Walker Art Center in Minneapolis in 2015 and 2016. Whitten lived in Queens, New York, where he died on January 20, 2018.