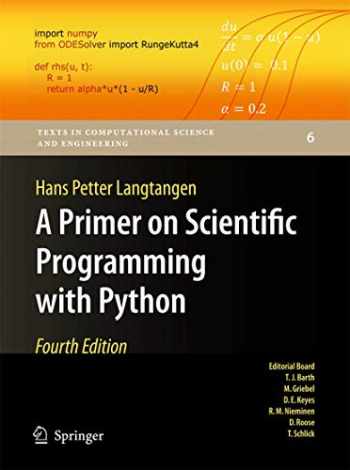 The book serves as a first introduction to computer programming of scientific applications, using the high-level Python language. The exposition is example and problem-oriented, where the applications are taken from mathematics, numerical calculus, statistics, physics, biology and finance. The book teaches "Matlab-style" and procedural programming as well as object-oriented programming. High school mathematics is a required background and it is advantageous to study classical and numerical one-variable calculus in parallel with reading this book. Besides learning how to program computers, the reader will also learn how to solve mathematical problems, arising in various branches of science and engineering, with the aid of numerical methods and programming. By blending programming, mathematics and scientific applications, the book lays a solid foundation for practicing computational science.

Langtangen … does an excellent job of introducing programming as a set of skills in problem solving. He guides the reader into thinking properly about producing program logic and data structures for modeling real-world problems using objects and functions and embracing the object-oriented paradigm. … Summing Up: Highly recommended.
F. H. Wild III, Choice, Vol. 47 (8), April 2010

Those of us who have learned scientific programming in Python ‘on the streets’ could be a little jealous of students who have the opportunity to take a course out of Langtangen’s Primer.”
John D. Cook, The Mathematical Association of America, September 2011

This book goes through Python in particular, and programming in general, via tasks that scientists will likely perform. It contains valuable information for students new to scientific computing and would be the perfect bridge between an introduction to programming and an advanced course on numerical methods or computational science.
Alex Small, IEEE, CiSE Vol. 14 (2), March /April 2012 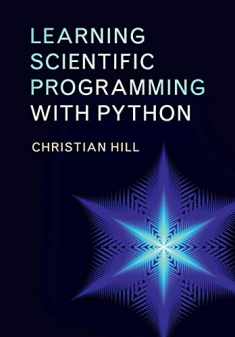 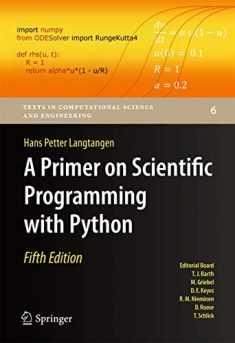 A Primer on Scienti...
by Langtangen, Hans Pe...