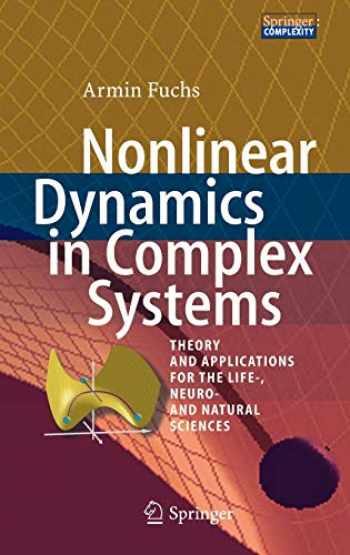 Nonlinear Dynamics in Complex Systems: Theory and Applications for the Life-, Neuro- and Natural Sciences

With many areas of science reaching across their boundaries and becoming more and more interdisciplinary, students and researchers in these fields are confronted with techniques and tools not covered by their particular education. Especially in the life- and neurosciences quantitative models based on nonlinear dynamics and complex systems are becoming as frequently implemented as traditional statistical analysis. Unfamiliarity with the terminology and rigorous mathematics may discourage many scientists to adopt these methods for their own work, even though such reluctance in most cases is not justified.

This book bridges this gap by introducing the procedures and methods used for analyzing nonlinear dynamical systems. In Part I, the concepts of fixed points, phase space, stability and transitions, among others, are discussed in great detail and implemented on the basis of example elementary systems. Part II is devoted to specific, non-trivial applications: coordination of human limb movement (Haken-Kelso-Bunz model), self-organization and pattern formation in complex systems (Synergetics), and models of dynamical properties of neurons (Hodgkin-Huxley, Fitzhugh-Nagumo and Hindmarsh-Rose). Part III may serve as a refresher and companion of some mathematical basics that have been forgotten or were not covered in basic math courses. Finally, the appendix contains an explicit derivation and basic numerical methods together with some programming examples as well as solutions to the exercises provided at the end of certain chapters. Throughout this book all derivations are as detailed and explicit as possible, and everybody with some knowledge of calculus should be able to extract meaningful guidance follow and apply the methods of nonlinear dynamics to their own work.

“This book is a masterful treatment, one might even say a gift, to the interdisciplinary scientist of the future.”

“With the authoritative voice of a genuine practitioner, Fuchs is a master teacher of how to handle complex dynamical systems.”

“What I find beautiful in this book is its clarity, the clear definition of terms, every step explained simply and systematically.”

(J.A.Scott Kelso, excerpts from the foreword)