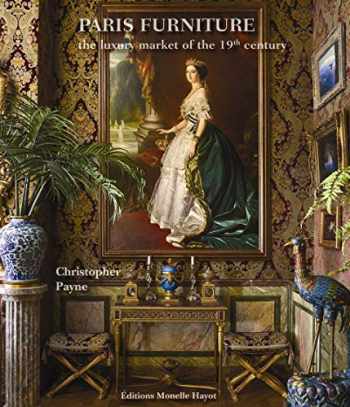 Paris Furniture: The Luxury Market of the 19th Century

• At the core of this book is a survey of over one hundred Paris-based firms, amongst which Sormani, Baguès, Barbedienne, Christofle, Lièvre, Viardot, Dasson, Grohé, Sauvrezy, Fourdinois, Beurdeley and Linke

• The author lifts the veil on lesser-known makers such as Mazaroz and Ternisien et Dantant, and reveals important new discoveries about firms that have been all but forgotten for the last century

•Includes an innovative chapter that analyzes the background of the high quality copies of Ancien Régime furniture made by the upper echelon of the Paris luxury trade, bringing this important social and cultural development into the limelight for the first time

Despite the upheavals of the first decades of the nineteenth century, Paris soon recovered its position as a leading center for furniture and design in Europe, a position that was to grow and strengthen as the century progressed. Encouraged by royal and imperial regimes, exhibited at the great international fairs, and collected by international aristocrats, bankers and newly wealthy industrialists, Paris furniture by the second half of the century had once again become synonymous with luxury and exquisite craftsmanship.

Furniture makers drew their inspiration from a vast array of historical periods and cultural sources to create new and exciting designs that both appealed to the eclectic tastes of the nineteenth-century amateur and yet suited the demands for comfort and convenience of the luxury consumer. Building on the generations of skills and techniques that had characterized French furniture during the years of the Ancient Régime, contemporary makers exploited technological advances and new materials to produce some of the most creative and inventive pieces ever made, often surpassing the quality achieved by previous generations.