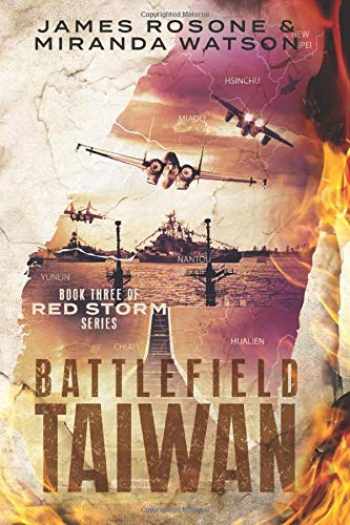 Is it too late to stop the dominoes from falling?

Not since the US pulled out of Vietnam has the communist threat been so real.

Taiwan is at risk.

If America loses its ally in the Pacific Rim, the Chinese will be one step closer to dominating all of Asia. Japan, Thailand, the Philippines—no one will be safe from their hostile takeover.

The President must act. Force is needed, but the deployment won’t be popular. Politics are always being played. Can POTUS muster the courage to do what’s right?

Will the United States of America remain the beacon of democracy the world needs?

Is it too late?

If you enjoy force-on-force battles filled with hair raising action, you’ll be hooked from the start. It will keep you turning the pages because this one strikes a nerve.

The Red Storm Series is best enjoyed when read in the correct order as each book builds on the previous work. Reading order:

*When you buy a book written by Rosone and Watson, they have chosen to donate a portion of the proceeds to help support the following organizations: Tunnel to Towers Foundation, Operation Underground Railroad, and Charity: Water.