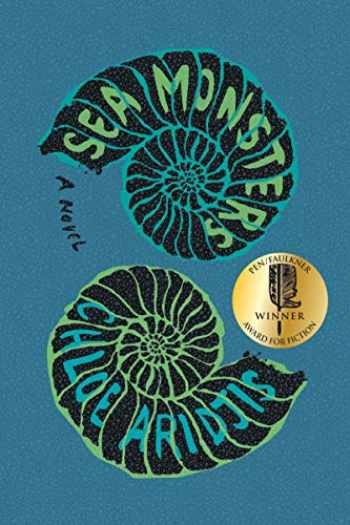 Acknowledged authors Aridjis, Chloe wrote Sea Monsters: A Novel comprising 224 pages back in 2020. Textbook and eTextbook are published under ISBN 1948226774 and 9781948226776. Since then Sea Monsters: A Novel textbook was available to sell back to BooksRun online for the top buyback price of $ 1.24 or rent at the marketplace.
Show more

"Like a salvaged object that wants to return to the sea" (The New Yorker), this 2020 PEN/Faulkner Award for Fiction finalist is an intoxicating story of a teenage girl who trades her a middle-class upbringing for a quest for meaning in 1980s Mexico.

One autumn afternoon in Mexico City, seventeen-year-old Luisa does not return home from school. Instead, she boards a bus to the Pacific coast with Tomás, a boy she barely knows. He seems to represent everything her life is lacking―recklessness, impulse, independence.

Tomás may also help Luisa fulfill an unusual obsession: she wants to track down a traveling troupe of Ukrainian dwarfs. According to newspaper reports, the dwarfs recently escaped a Soviet circus touring Mexico. The imagined fates of these performers fill Luisa’s surreal dreams as she settles in a beach community in Oaxaca. Surrounded by hippies, nudists, beachcombers, and eccentric storytellers, Luisa searches for someone, anyone, who will “promise, no matter what, to remain a mystery.” It is a quest more easily envisioned than accomplished. As she wanders the shoreline and visits the local bar, Luisa begins to disappear dangerously into the lives of strangers on Zipolite, the “Beach of the Dead.”

Meanwhile, her father has set out to find his missing daughter. A mesmeric portrait of transgression and disenchantment unfolds. Set to a pulsing soundtrack of Joy Division, Nick Cave, and Siouxsie and the Banshees, Sea Monsters is a brilliantly playful and supple novel about the moments and mysteries that shape us.

"Aridjis is deft at conjuring the teenage swooniness that apprehends meaning below every surface. Like Sebald’s or Cusk’s, her haunted writing patrols its own omissions . . . The figure of the shipwreck looms large for Aridjis. It becomes a useful lens through which to see this book, which is self-contained, inscrutable, and weirdly captivating, like a salvaged object that wants to return to the sea." ―Katy Waldman, The New Yorker