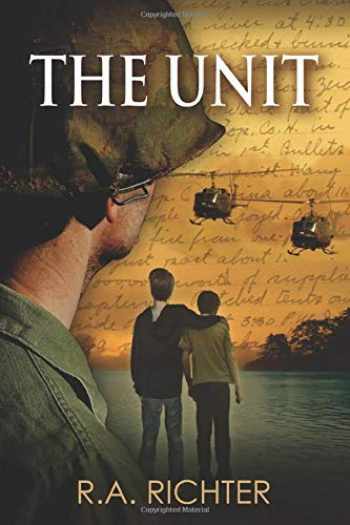 Acknowledged authors Richter, R. A. wrote The Unit comprising 425 pages back in 2018. Textbook and eTextbook are published under ISBN 1947341278 and 9781947341272. Since then The Unit textbook was available to sell back to BooksRun online for the top buyback price or rent at the marketplace.
Show more

The Unit is far more than just a Vietnam war novel:

“A fascinating storyline, moving from a hotel room in LA in 2000, to the Heartland of central Pennsylvania into the jungles and towns of Vietnam and finally onto a remote Island in the Caribbean.”

It’s been more than thirty years since Jerry McGinnis left his slow-paced office job to join the troops in the jungles of Vietnam. He got a job as a journalist, covering the war, and told his family he would be home as soon as he felt like he had fulfilled his duty as a journalist.

Jerry found that The “Wild West” had been reborn in Southeast Asia with little to no monitoring and no control over where this massive array of military aid and supplies was headed. He would go on to uncover a well-organized group of both military and civilians that had created a clandestine organization called The Unit.

Jerry found himself in deep with The Unit. His home life had been forgotten. His two young sons, Jack and Sean, were left without their father and for the next 30 years they live with only a blurred vision behind the cruel murder of their mother and the unimaginable and unlikely disappearance of their journalist father in Vietnam.

The two brothers become separated and estranged, going down different paths of life for those thirty years. Jack lost to drugs and a dysfunctional life filled with rage and failure. Sean finds success as an Assistant district Attorney in Philadelphia.

In the Spring of 2000, thirty years after tragedy struck Sean gets a voice message from Jack, The message was an urgent plea: “Come home Sean, I've learned the truth” Jack said, “I’ve found dad’s papers.” These journals and letters that were sent home years ago by their father bring them together in their quest for answers.

Their obsessive search and journey for the truth and the real answers behind the disappearance of their father in Vietnam and the killing of their mother would bring them face-to-face with the dark side of the war, and it’s exploitation of the most vulnerable among us.

Can they find the criminal masterminds of the organization and bring them to justice without destroying themselves in the process? Their hunt for the truth takes them far from home, to an unexpected and dramatic conclusion.

Omayra Hernandez
A compelling story that allowed me to meditate on the importance of truth and redemption.
Initially, I hesitated picking up The Unit by R. A. Richter. I’m thrilled that I did. The story line is fascinating, moving from a hotel room in LA in 2000, to the Heartland of central Pennsylvania into the jungles and towns of Vietnam and finally onto a remote Island in the Caribbean. The author has an uncanny style of painting a picture in our minds that bring us into the scenes. Lord knows, I’ve never been to Vietnam, but I felt like I was. Throughout the book, I could see and feel the pain, the joy and the overwhelming hurdles that Richter’s characters faced.

Amy S.
Great Story, Compelling Characters, Terrific Read.
The story line was terrific and truly creative. The characters were compelling, the dialogue crisp and authentic and the writing moved the plot along seamlessly. I looked forward to coming back to the book every single night, and was completely absorbed up to the last page. It was just one of those rare books that you hate to finish because it was such a good ride while it lasted.

Larry Kohn
Thrilling page turner with well thought out plot.
The story was completely engaging and believable. Very well written. I picked up the book each time intending to read 20-25 pages and read 50-75 pages. I could not determine the ending until the last sentence of the book. 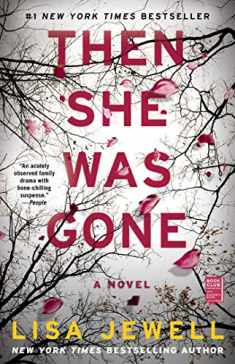 Then She Was Gone:...
by Jewell, Lisa 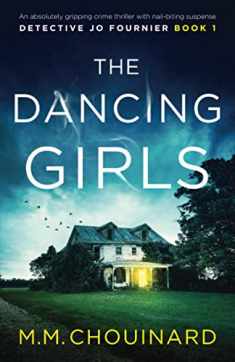 The Dancing Girls:...
by Chouinard, M.M.