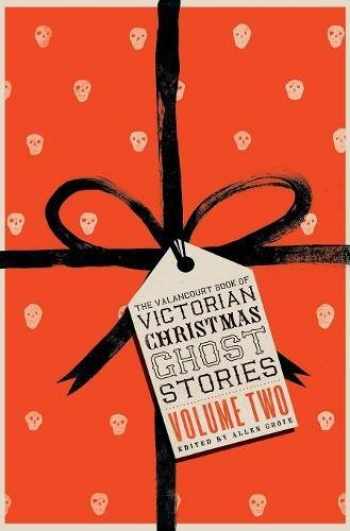 Following the popularity of Charles Dickens’s A Christmas Carol (1843), Victorian newspapers and magazines frequently featured ghost stories at Christmas time, and reading them by candlelight or the fireside became an annual tradition. This second volume of Victorian Christmas ghost stories contains fifteen tales, most of which have never been reprinted. They represent a mix of the diverse styles and themes common to Victorian ghost fiction and include works by once-popular authors like Grant Allen and Eliza Lynn Linton as well as contributions from anonymous or wholly forgotten writers. This volume also features a new introduction by Prof. Allen Grove.

“At first I was aware only of a bluish, misty, phosphorescent light, and then a ghastly terror, that froze the very blood in my veins, seized me, for suddenly I saw rise up out of the inky darkness the form of a man—the eyes of a hideous red, fixed on mine with a look of hate ...” - Coulson Kernahan, “Haunted!”

“As I stood in breathless horror, unable to stir a limb, the figure raised its arm, a skeleton hand emerged from the heavy folds of the cloak, and touched my elbow. A scorching pain shot through me, I uttered a shriek——” - Emily Arnold, “The Ghost of the Treasure-Chamber”

“Again that shudder passed through his body, and again he unwillingly met the glance of those diabolical eyes upon the scroll. Horror of horrors! was the face alive, or was he going mad?” - Anonymous, “The Weird Violin”