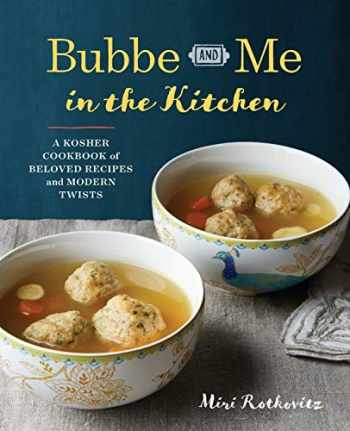 Bubbe and Me in the Kitchen: A Kosher Cookbook of Beloved Recipes and Modern Twists

Jerry Seinfeld's fictional dentist Tim Whatley famously converted to Judaism "for the jokes," but if there's one thing that defines Jewish culture as much as humor it's food. Miri Rotkovitz spent her childhood in the kitchen of her grandmother, Ruth Morrison Simon, whose commitment to international Jewish fare left a lasting impression. Bubbe and me in the Kitchen is a touching, humorous, versatile kosher cookbook, which celebrates the storied recipes that characterize and reinvent Jewish food culture.

Offering time-tested culinary treasures from her grandmother's recipe box, plus more than 80 original recipes of Miri's own, this kosher cookbook includes Ashkenazi favorites such as babka, brisket, and matzo ball soup, and more global dishes, from za'atar pita chips and forbidden rice bowls to watermelon gazpacho and Persian chicken stew. Complete with holiday menus, this kosher cookbook is just as likely to spark memories and spur conversation as it is to enliven your meals.

More than a kosher cookbook, Bubbe and Me in the Kitchen includes:

A kosher cookbook that reinvigorates family recipes and embraces our culinary future.