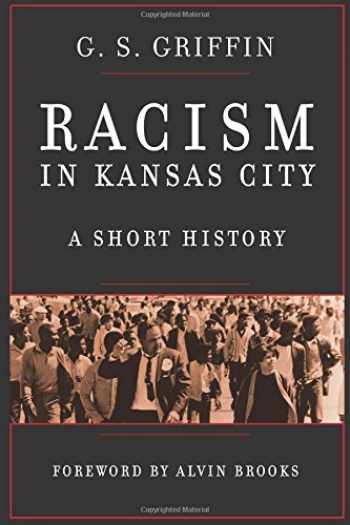 African Americans are more likely than whites to be killed by police, to be pulled over, arrested, imprisoned, and executed. They are more likely to be turned down for a job or offered a bad home loan than equally qualified whites.

Kansas Citians, like so many others across the nation, wonder, “Could it happen here?” The answer lies in this study of Kansas City’s darkest moments—slavery, the border war, the Civil War, bombings of black homes, lynchings, the segregation of neighborhoods and schools, the civil rights struggle, the Black Panther movement, the 1968 race riot, assassinations in the 1970s, the infamous Missouri v. Jenkins U.S. Supreme Court case, and the racial inequities that still plague Kansas City today. Threaded throughout Racism in Kansas City are stories of those who fought ardently against racist policies...and won.

Racism in Kansas City, in the end, offers readers a hopeful message: with awareness comes understanding, then a willingness to push for positive social change.

To contact the author for speaking engagements or to purchase bulk orders at a discount rate, please email chandlerlakebooks@gmail.com.

PRAISE FOR RACISM IN KANSAS CITY

“Racism in Kansas City: A Short History should be mandatory reading beginning with our middle school children and ending with parents and other adults.” - Alvin Brooks, from the Foreword

“Now more than ever, we need to have a serious conversation about race. This book is a good place to start.” - Charles E. Coulter, author of Take Up the Black Man’s Burden: Kansas City’s African American Communities, 1865-1939

“Racism in Kansas City represents an exhaustive body of research that should be ‘must reading’ for anyone exploring African-American history in Kansas City and the region. Griffin has distilled his results into an often enlightening account of the trials endured by black Kansas Citians.” - Monroe Dodd, Kansas City historian and author

“Racism in Kansas City: A Short History is the most important must read book of 2015!!!” - Tony, blogger at Tony’s Kansas City