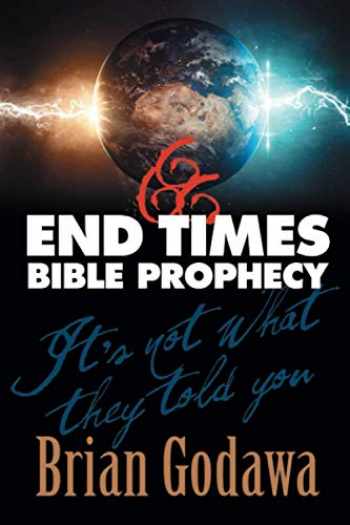 End Times Bible Prophecy: It's Not What They Told You

Are We Living in the Last Days?Are you confused by all the speculation out there about the End Times?
Are you frustrated with how often the predictions fail?
Has the Left Behind interpretation left you unsatisfied?
Do you want to know what Jesus really said about the End of the Age?

Then this controversial hard-hitting book of shocking revelations is for you!

What Does the Bible Really Say about the End Times? There are so many Christians teaching outrageous speculation about End Times Bible prophecy these days. It’s enough to frustrate the serious Bible student.

What if you found out most of it is simply mistaken?

What if you found out that everything that modern prophecy pundits are looking for -- the Rapture, the Tribulation, the Antichrist, The Beast -- was not what they told you it was, but something different?

What Jesus Himself Said About the End of the AgeHere are a few of the things you’ll be astounded to read about in this book:

This is not newspaper exegesis, but intense Bible study. Guaranteed to inspire your love for God’s Word and His promises to His people.