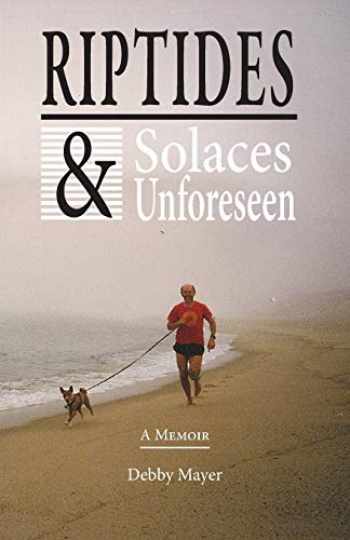 Part mystery, part love story, part report from the medical front in the United States today, Riptides relates the fast-onset brain cancer that ripped through a strong, healthy man and led to his death four months later at the age of fifty-six. The book is a searing chronology of the effects of devastating illness, of being caught in the maw of hospitals, of unthinkable decision-making and small, unexpected solaces. Tightly written, fact-based, it is never maudlin, and it offers an element of hope without sentimentality.

Riptides is a harrowing read. The writing is honest and intimate, the language spare and precise. Encounters with the health care system―doctors, nurses, aides―repeatedly fail to provide reassurance, honesty, or reliable information, and often end in promises that are not kept. These are human failings, but they are devastating when two is becoming one. Our hospitals and hospices can do better than that.

Professor Emeritus of Anthropology and Psychology

Antoin Boisen, the father of clinical pastoral education, wrote that every patient and family member is a “living, human document”―a story waiting to be heard. As a health-care chaplain I recommend this story, Riptides, to anyone working with patients.

In four months an active, intelligent, forceful man becomes an invalid, incapable of speech or voluntary movement. Friends and family barely have time to adjust to one set of symptoms before the decline advances. The impact of these terrible events is heightened by the writer’s understated, matter-of-fact prose until the reader feels almost a participant in this tragic story. No one who reads it will ever forget this book.

Debby Mayer’s blog, 2becomes1: widowhood for the rest of us, can be found at debbymayer.blogspot.com or through debbymayer.com. An excerpt from Riptides was awarded a grant in creative nonfiction from the New York Foundation for the Arts. Debby Mayer is also the author of Sisters: A Novel (Putnam’s, Berkley). Her short fiction and journalism have been widely published. She lives in Hudson, New York.