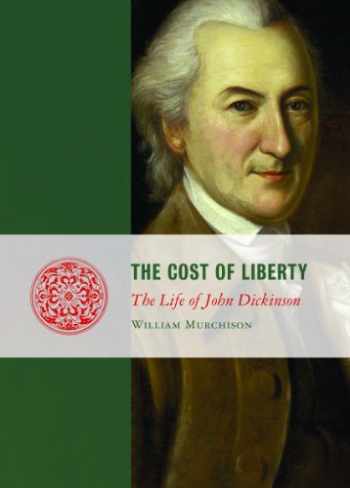 The Cost of Liberty: The Life of John Dickinson (Lives of the Founders)

“[Murchison] employ[s] his incomparable pen and vivid historical imagination in the cause of bringing back to life one of the most underrated and misunderstood of the Founders.”
―The American Conservative

The Cost of Liberty offers a sorely needed reassessment of a great patriot and misunderstood Founder.

It has been more than a half century since a biography of John Dickinson appeared. Author William Murchison rectifies this mistake, bringing to life one of the most influential figures of the entire Founding period, a principled man whose gifts as writer, speaker, and philosopher only Jefferson came near to matching. In the process, Murchison destroys the caricature of Dickinson that has emerged from such popular treatments as HBO’s John Adams miniseries and the Broadway musical 1776.

Dickinson is remembered mostly for his reluctance to sign the Declaration of Independence. But that reluctance, Murchison shows, had nothing to do with a lack of patriotism. In fact, Dickinson immediately took up arms to serve the colonial cause―something only one signer of the Declaration did. He stood on principle to oppose declaring independence at that moment, even when he knew that doing so would deal the “finishing blow” to his once-great reputation.

Dubbed the “Penman of the Revolution,” Dickinson was not just a scribe but also a shaper of mighty events. From the 1760s through the late 1780s he was present at, and played a significant role in, every major assemblage where the Founders charted America’s path―a claim few others could make. Author of the landmark essays Letters from a Farmer in Pennsylvania, delegate to the Continental Congress, key figure behind the Articles of Confederation and the Constitution, chief executive of both Pennsylvania and Delaware: Dickinson was, as one esteemed historian aptly put it, “the most underrated of all the Founders.”

This lively biography gives a great Founder his long-overdue measure of honor. It also broadens our understanding of the Founding period, challenging many modern assumptions about the events of 1776 and 1787.