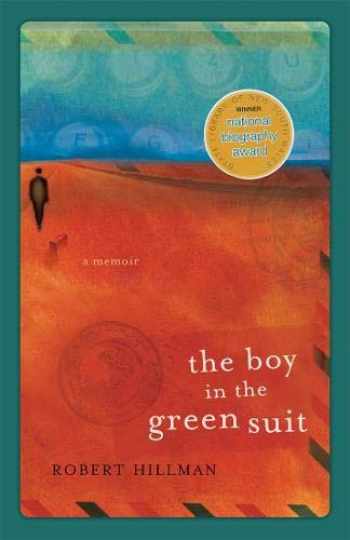 The Boy in the Green Suit: a memoir

This is an unusual and beautifully written memoir ― an Australian classic that captures the vulnerability and ardour of youth, and the fragility and strength of parental love.

It is 1965. Robert Hillman, a mere 16 years old, is planning an extraordinary adventure. Deserted by his mother, disliked by his stepmother, and puzzled by his father, Bobby needs comforting. His life in rural Victoria has offered no solace; his job at Melbourne’s Myer Emporium, selling ladies’ slippers, offers no prospects. So, inspired by his father’s stories of a fabled island in the Indian Ocean, Bobby makes his escape; he boards a ship bound for Ceylon with no money, no return ticket, and, seemingly, no worries.

What follows is an account ― by turns heartbreakingly tender and side-splittingly funny ― of an innocent abroad. Put ashore not in Ceylon but in Athens, Bobby barters his way to Istanbul, Tehran, and Kuwait, lurching from slums and brothels to an implausible job at a ritzy hotel in Shiraz. Finally, a long haul through the desert ends in a jail term on the Pakistan border where, ironically, Bobby finds the affection and acceptance that have always been the true objects of his quest.

As it unfolds, Hillman’s odyssey proves to be part of a larger family drama. Woven through his story is his father’s tale of struggle and sorrow. As the mature writer now realises, ‘I booked a ticket on a ship to install myself in a story my father had begun in his imagination.’

The Boy in the Green Suit is an unforgettable, bittersweet tale of the artist as a bewildered young man.