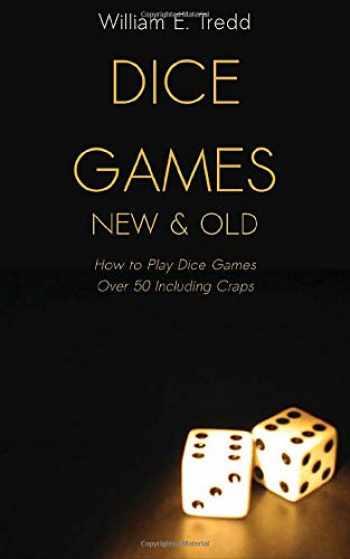 Dice Games New and Old: How to Play Dice Games - Over 50 Including Craps

Over 50 games that anyone can play; learn to play on your own – or take money from your family!

Joking aside, this book will open your eyes to a world of enjoyment. Dice games are great fun for all the family and can be played anywhere, at any time – with no need for computers or batteries.

From royalty and nobility, the passion for dice spread to all social levels. and gambling with dice has ruined Chinese scholars, North American Indian braves and Italian noblemen, as well as affecting the lives of the Canterbury pilgrims, according to Chaucer, and the gutter-friends of the poet Villon.

Ivory, gold and silver dice in the world’s museums are evidence that dice games have been discovered in every country and at every epoch.

Knucklebones and dice are among the games that have survived, with modifications, from prehistoric times right up to the present day.

William Tredd has collected dice games from many nations for this book, but he has also invented new games which are published here for the first time, including his celebrated ‘World Cup Football’ and ‘Melbourne Three Boards’.

Everyone possessing a few dice will want to try out these original, occasionally educational, and often amusing pastimes with their family and friends. The book also has a historical introduction – The Story of Dice.

So scroll up, click to buy, and get ready to conquer all!