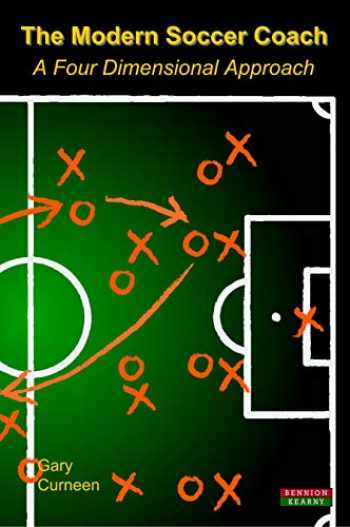 Over the last 20 years, no sport has changed more than soccer. The modern player is technically more capable, physically faster and stronger, and has access to more coaching and sports science resources than ever before. With the high rewards associated with success, there has never been more pressure on coaches to win, develop players, and play soccer the 'right way'.

Aimed at Soccer coaches of all levels and with players of all ages and abilities The Modern Soccer Coach 2014 identifies the areas that must be targeted by coaches who want to maximize a team's potential - the Technical, Tactical, Physical, and Mental sides to the game.

Written by UEFA 'A' and NSCAA Premier licensed coach Gary Curneen - The Modern Soccer Coach 2014 offers contemporary, focused, and distilled insight into what soccer coaches need to do, and how! Filled with practical no-nonsense explanations, focused players drills and more than 30 illustrated soccer templates, The Modern Soccer Coach 2014 will help you - the modern coach - to create team performances that win match after match!

- Understand how the game has changed and what areas determine success in the game today.

- Create modern exercises that focus on tactical, technical, mental, and physical elements of the game.

- Learn what sets coaches like Mourinho, Klopp, Rodgers, and Guardiola apart from the rest.

- Develop a competitive and enjoyable atmosphere for yourself and your players.