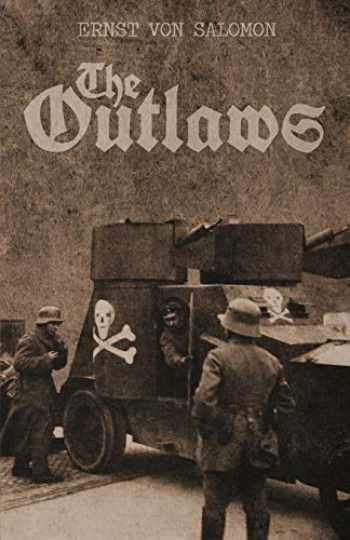 Acknowledged authors Von Salomon, Ernst wrote The Outlaws comprising 436 pages back in 2013. Textbook and eTextbook are published under ISBN 1907166491 and 9781907166495. Since then The Outlaws textbook was available to sell back to BooksRun online for the top buyback price of $ 7.68 or rent at the marketplace.
Show more

It is November 1918. Germany has just surrendered after four years of the most savage warfare in history. It is teetering on the brink of total social and economic collapse, and the German people now lie at the mercy of new, liberal politicians who despise everything Germany once stood for. The Communists are rioting in the streets, threatening to topple the new government in Weimar and bring about their own revolution. The frontline soldiers are returning from the hell of the war to find an unrecognizable land, the principles and traditions they had sacrificed so much to defend now the stuff of mockery. The narrator of The Outlaws, a 16-year-old military cadet, is too young to have served in the trenches, but feels the sting of this betrayal no less than they. Since Germany's armies have been all but disbanded, he joins the paramilitary Freikorps - groups of veterans who refuse to lay down their arms, and who have pledged to stop the Communists - and begins fighting, first in the streets of Germany's cities, and then in the Baltic states, defending Germany's eastern frontiers from Communist subversion while ignoring the calls to disengage by the meek politicians at home. After months of intense fighting abroad, the Freikorps soldiers return to settle scores with their enemies in Germany, dreaming of a nationalist counter-revolution, and, their trigger fingers still itchy, fix their sights on bringing down the hated new government once and for all... The Outlaws is a chronicle of the experiences of the men who fought in the Freikorps, but it is also an adventure and a war story about an entire generation of soldiers who loved their homeland more than peace and comfort, and who refused to accept defeat at any price. "What we wanted we did not know; but what we knew we did not want. To force a way through the prisoning wall of the world, to march over burning fields, to stamp over ruins and scattered ashes, to dash recklessly through wild forests, over blasted heaths, to push, conquer, eat our way through towards the East, to the white, hot, dark, cold land that stretched between ourselves and Asia - was that what we wanted? I do not know whether that was our desire, but that was what we did. And the search for reasons why was lost in the tumult of continuous fighting." - p. 65 Ernst von Salomon (1902-1972) was one of the writers of the German Conservative Revolution of the 1920s. Like the narrator of The Outlaws, he was a military cadet at the end of the First World War, and joined the Freikorps, participating in many of the events described in the book, including the assassination of Foreign Minister Walther Rathenau, for which he was imprisoned. He went on to write many books and film scripts.