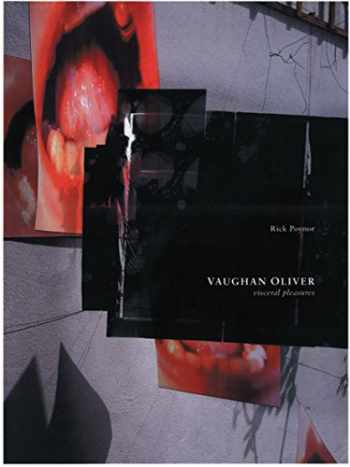 Acknowledged authors Poynor, Rick wrote Vaughan Oliver: Visceral Pleasures comprising 224 pages back in 2000. Textbook and eTextbook are published under ISBN 1861540728 and 9781861540720. Since then Vaughan Oliver: Visceral Pleasures textbook was available to sell back to BooksRun online for the top buyback price or rent at the marketplace.
Show more

Vaughan Oliver is one of the most consistently innovative and significant graphic designers to have emerged in the last 15 years, a highly influential member of the small group [with Neville Brody, Malcolm Garrett and Peter Saville] that changed the face of British graphics in the 1980s. Oliver's remarkable and unmatched oeuvre as regular designer for London record label 4AD won him an international following among fellow designers and also, unusually, among music fans, who savor his emotive graphic imagery as an essential part of the 4AD experience.

Divided into thematic sections, the book is designed by Vaughan Oliver himself and combines a cool, carefully edited exposition of his intensely visual work with a seductive, and always surprising, demonstration of his approach.

Rick Poynor is the founding editor of Eye, the international review of graphic design, and contributing editor of I.D and Blueprint. His previous books include the best-selling Typography Now: The Next wave [1991] and The Graphic Edge [1993]. He lectures regularly in Europe and the US, and is a visiting professor at the Royal College of Art.

Will appeal to professional designers, students of design and photography, and all those interested in contemporary music graphics

From its front cover to its final page, the book is a highly collectible Vaughan Oliver design in its own right