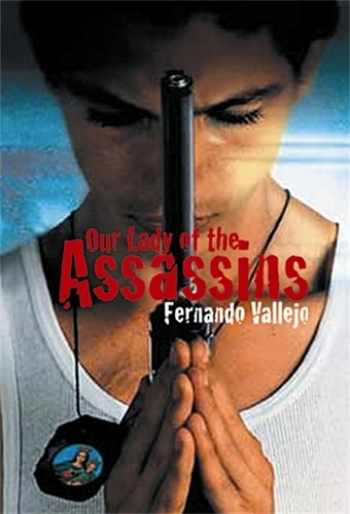 Our Lady of the Assassins

"A point in case is his Our Lady of the Assassins, based on the autobiographical novel of one of Colombia's best writers, Fernando Vallejo, whose work has yet to be translated into English and published in the United States. One of the most important new Latin American writers, Vallejo is famous in Colombia and Mexico, of course, and in France as well (where his writing has been compared to the best of Jean Genet's), but is unknown in America.

"Schroeder's [film] Our Lady of the Assassins takes place in Medellin, Colombia, where Schroeder spent four years of his childhood, from age 6 to 10. It's the story of a homosexual writer, possessed of a saturnine temperament, who, after living most of his life abroad, returns to his hometown to revisit the places of his youth. He falls in love with a young boy who packs a pistol but who would sooner kill a stranger than an injured dog. It's a courageous picture about the pathology of indifference, set against the backdrop of the narco-violence of the murder capital of South America."

Born in Medellin in 1942, Fernando Vallejo moved to Mexico City, where he now lives, in 1971. Our Lady of the Assassins is the first novel to be translated into English of an author who is considered the rising star of Latin American writing.