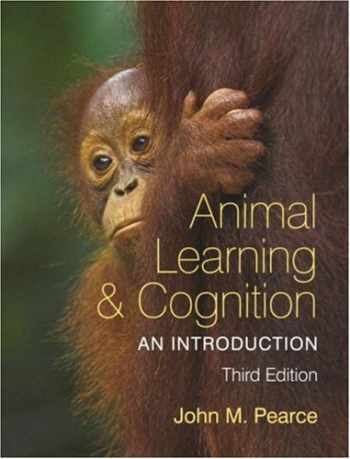 Animal Learning and Cognition: An Introduction provides an up-to-date review of the principal findings from more than a century of research into animal intelligence. This new edition has been expanded to take account of the many exciting developments that have occurred over the last ten years.

The book opens with a historical survey of the methods that have been used to study animal intelligence, and follows by summarizing the contribution made by learning processes to intelligent behavior. Topics include Pavlovian and instrumental conditioning, discrimination learning, and categorization. The remainder of the book focuses on animal cognition and covers such topics as memory, navigation, social learning, language and communication, and knowledge representation. Expanded areas include extinction (to which an entire chapter is now devoted), navigation in insects, episodic memory in birds, imitation in birds and primates, and the debate about whether primates are aware of mental states in themselves and others. Issues raised throughout the book are reviewed in a concluding chapter that examines how intelligence is distributed throughout the animal kingdom.

The broad spectrum of topics covered in this book ensures that it will be of interest to students of psychology, biology, zoology, and neuroscience. Since very little background knowledge is required, the book will be of equal value to anyone simply interested in either animal intelligence, or the animal origins of human intelligence.