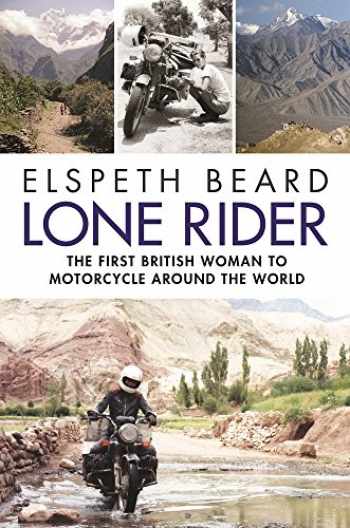 Lone Rider: The First British Woman to Motorcycle Around the World

In 1982, at the age of just 23 and halfway through her architecture studies, Elspeth Beard left her family and friends in London and set off on a 35,000-mile solo adventure around the world on her 1974 BMW R60/6.

Reeling from a recent breakup and with only limited savings from her pub job, a tent, a few clothes and some tools, all packed on the back of her bike, she was determined to prove herself. She had ridden bikes since her teens and was well traveled. But nothing could prepare her for what lay ahead.

When she returned to London nearly two and a half years later she was stones lighter and decades wiser. She'd ridden through unforgiving landscapes and countries ravaged by war, witnessed civil uprisings that forced her to fake documents, and fended off sexual attacks, biker gangs and corrupt police convinced she was trafficking drugs. She'd survived life-threatening illnesses, personal loss and brutal accidents that had left permanent scars and a black hole in her memory. And she'd fallen in love with two very different men.

In an age before email, the internet, mobile phones, satnavs and, in some parts of the world, readily available and reliable maps, Elspeth achieved something that would still seem remarkable today. Told with honesty and wit, this is the extraordinary and moving story of a unique and life-changing adventure.