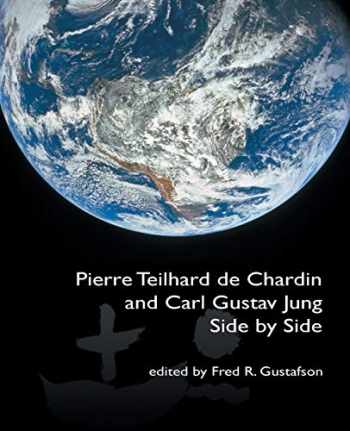 Pierre Teilhard de Chardin and Carl Gustav Jung: Side by Side [The Fisher King R

Pierre Teilhard de Chardin and C.G. Jung: Side by Side is an anthology written by authors from different backgrounds, sharing how the lives of Pierre Teilhard de Chardin and Carl Gustav Jung impacted them personally and/or how they understand the relevance of these two men for our present times. Contributors to this fourth volume of the Fisher King Review include: John Dourley, Peter Dunlap, Barbara Faris, Fred R. Gustafson, John Giannini, Richard W. Hanhardt, Robert Henderson, Steven B. Herrmann, Jane A. Kelley, Jon Magnuson, Francisco (Paco) Martorell, Stan V. McDaniel, Dennis L. Merritt, and Laura A. Weber.

Though C.G.Jung and Pierre Teilhard de Chardin never met, their independent intellectual inquiries and courageous researches pushed the personal and collective soul forward and placed both of them at the foreground of needing to understand and integrate on a planetary level the core values of their expansive work.

Both Jung and de Chardin were concerned with science and religion and operated within these paradigms. Both of them shook the world by offering up views, on one hand, of the profound depths of the human psyche and, on the other, presenting a profound re-consideration of evolution as a process leading toward a social unification of the planet.

One used the concept of individuation, the other spoke of evolution. Each took these concepts to a creative depth so much so that the world they lived in either deeply admired or detested them. Both had conflicts in their chosen fields. Jung was a psychologist who used the field of science to explore the religious depths of the human soul by studying mythology, world religions, folk tales, dreams, and human behavior. Chardin used the ground of religion to work in the field of science via paleontology, geology, and physics as he explored a deeper and relevant understanding of evolution.

Though each began from different intellectual platforms, they each crisscrossed into the other's territory of inquiry and related their ideas to include the full scope of humanity. One went deeply into soul and found matter, whereas, the other went deeply into matter and found soul. In their own ways both spent their careers trying to heal the split between spirit and matter in the weltanschauung of their times reflected in the human psyche and in the general religious views permeating most of Western culture. 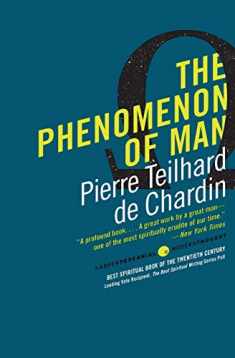 The Phenomenon of M...
by Teilhard de Chardin... 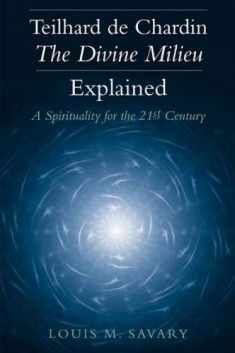