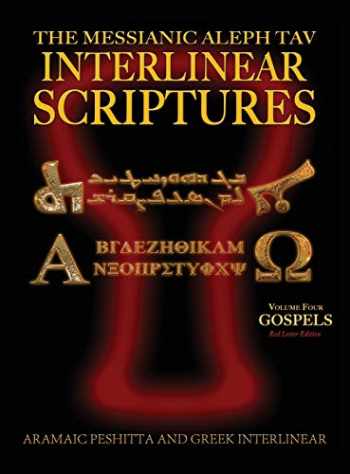 The Messianic Aleph Tav Interlinear Scriptures (MATIS-NT) The GOSPELS, both Red Letter and Bold Black Editions, are the most unique Interlinear Study Bibles of the New Testament in the world. This work is a "Study Bible" and unique because it is the first true interlinear New Testament to combine both the John W. Etheridge Eastern Aramaic Peshitta in both Aramaic and Hebrew font compared to the Greek, word by word, in true interlinear form. This is the first time the Aramaic Peshitta has ever been in true interlinear form word by word. The John W. Etheridge Eastern Aramaic Peshitta English translation was provided by Lars Lindgren and incorporates his personal notes and also, the Hebrew pronunciation of the Aramaic is unique and was created and provided by Lars Lindgren of http://Dukhrana.com/ and used with his permission... all of which comes under copyright protection.

The purpose of MATIS-NT is to provide a unique Study Bible whereby each Aramaic word and verse could be studied by comparing it to the Greek in an effort to obtain a deeper understanding of what the apostles were trying to express and the differences between the two New Testaments. MATIS-NT English translation began with the public domain version of the 1987 KJV and removed all the old English for easier reading. MATIS is also unique in regard to the Hebrew (OT) and Aramaic (NT) verses running in sequence from left to right with the English translation, while the Hebrew/Aramaic individual words are written properly from right to left. This combination is unique but makes it easier for beginners to study the Hebrew and Aramaic language in comparison to its English translation. The First Volume of MATIS is The TORAH, with the Strong's Hebrew Dictionary. Volume Two, The WRITINGS, Volume Three, The PROPHETS and Volume Four, MATIS-NT The GOSPELS, with the Strong's Greek Dictionary and Volume Five, The Acts - Revelation. MATIS Study Bibles also furthers the journey of the study of the Aleph/Tav Character Symbol by revealing thousands of words that originally incorporated this symbol in Paleo Hebrew, and also in Aramaic/Hebrew, and apparently for good reason!

The MATIS Study Bible Collection is truly the perfect gift for the believer who is interested in studying the Hebrew Tanakh and Aramaic with the Greek B'rit Chadashah (New Testament) and desires to obtain a deeper understanding of what the originators, as well as our Creator was trying to express.

About the Author:
William H. Sanford is a licensed minister and has been studying and teaching the gospel message for over 40 years. William has over a dozen short videos about The Messianic Aleph Tav Scriptures (MATS) on YouTube, and he may be contacted through his website www.AlephTavScriptures.com or on Facebook at Aleph Tav Scriptures. 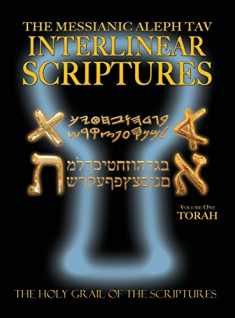 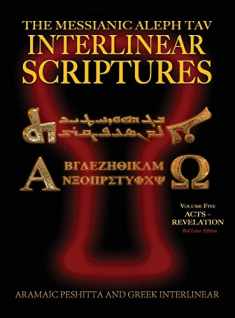