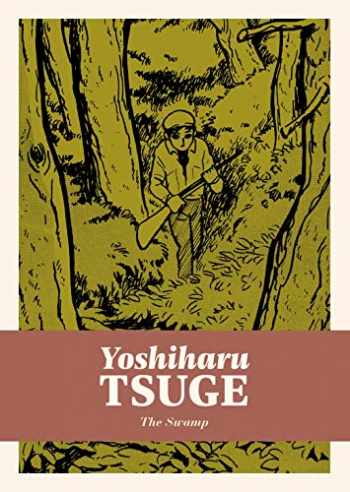 Yoshiharu Tsuge is one of the most influential and acclaimed practitioners of literary comics in Japan. The Swamp collects work from his early years, showing a major talent coming into his own. Bucking the tradition of mystery and adventure stories, Tsuge’s fiction focused on the lives of the citizens of Japan. These mesmerizing comics, like those of his contemporary Yoshihiro Tatsumi, reveal a gritty, at times desperate postwar Japan, while displaying Tsuge’s unique sense of humor and point of view.

“Chirpy” is a simple domestic drama about expectations, fidelity, and escape. A couple purchase a beautiful white bird with a red beak. It is said that the bird will grow attached to its owners and never fly away. While the girlfriend is working as a hostess, flirting with men for money, the boyfriend decides to draw a portrait of the new family member, and disaster strikes.

In “The Swamp,” a simple rural encounter is charged with sexual tension that is alluring but also fraught with danger. When a young woman happens upon a wing-shot goose, she tries to calm it then suddenly snaps its neck. Later, she befriends a young hunter and offers him shelter, but her motivations remain unclear, especially when the hunter notices a snake in the room where they’ll both be sleeping.

The Swamp is a landmark in English manga-publishing history and the first in a series of Tsuge books Drawn & Quarterly will be publishing.