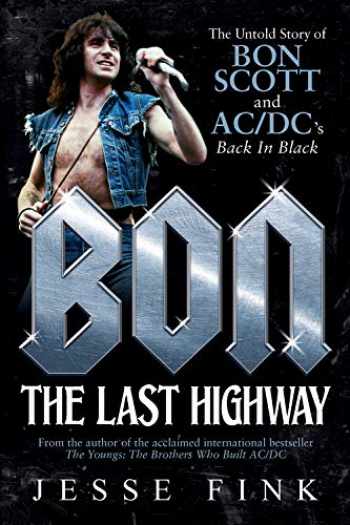 Bon: The Last Highway: The Untold Story of Bon Scott and AC/DC's Back in Black

"A fascinating read. You won't be able to put it down once you get started." - Chris Jericho, Talk Is Jericho(Westwood One)

"Fink's monumental work is by far the best thing that has ever been produced about AC/DC's history." - UOL (Brazil)
"After being made aware of the previous poor attempts to tell Bon's story, I decided to read Bon: The Last Highway. Fink's book deserves 10 out of 10 for effort in gathering all the information possible... Theory Two [about how Bon died] could not be any closer to the truth. I know, because I was there." - Joe Fury, Bon Scott's friend who went to the hospital in London when Bon was declared DOA
Books of the Year - Planet Rock (UK)
Books of the Year - Herald Sun (Australia)
Books of the Year - Loud Online (Australia)Books of the Year - All Music Books (USA)Books of the Year - InQuire, University of Kent (UK)
The death of Bon Scott is the Da Vinci Code of rock.In death, AC/DC's trailblazing frontman has become a rock icon, and the legend of the man known around the world simply as "Bon" grows with each passing year. But how much of it is myth?
At the heart of Bon: The Last Highway is a special ― and unlikely ― friendship between an Australian rock star and an alcoholic Texan rebel. Jesse Fink, author of the critically acclaimed international bestseller The Youngs: The Brothers Who Built AC/DC, reveals its importance for the first time.
Leaving no stone unturned in a three-year journey that begins in Austin and ends in London, Fink takes the reader back to a legendary era for music that saw the relentless AC/DC machine achieve its commercial breakthrough but also threaten to come apart. With unprecedented access to Bon's lovers, newly unearthed documents, and a trove of never-before-seen photos, Fink divulges startling new information about Bon's last hours to solve the mystery of how he died.
Music fans around the world have been waiting for the original, forensic, unflinching, and masterful biography Bon Scott so richly deserves ― and now, finally, it's here.
Show more