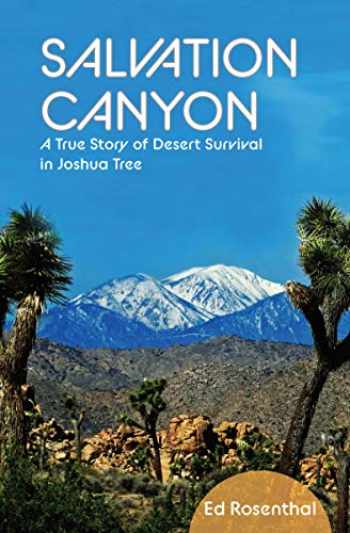 Ed Rosenthal was Jewish kid from the mean streets of Rockaway, Queens who became a real estate broker in Downtown Los Angeles. His passion is poetry, writing about the historic buildings he sells and advocates to preserve. He hates slumlords, is fed up with his buyers, but finally closes The Big Deal and saves a century’s-old icon: Clifton’s Cafeteria. It is fall of 2010 and he’s ready to not to talk to anyone for a week. After the ribbon cutting he skips town and makes his way toward the Mojave to bathe at a natural spring and take his favorite hiking trip in Joshua Tree National Park. But his vacation soon turns into a nightmare. Over six grueling days without water, food, or hope, he discovers a well of perseverance in the snippets of his life that play over the deadly but inspiring landscape, in which he finds himself utterly and inexplicably lost. The God of Random Chance has, despite his best efforts his whole life, finally caught up to him. He describes his ordeal and its setting in intimate, vivid detail: surreal visions mix with wayfinding, survival skills, and intuitive wisdom in a poet’s-eye view of the life-lessons and magic that the desert can hold.

Coverage of his ordeal in 2010 included the following:

Broker Ed Rosenthal, 64, had just closed a lucrative deal on a Los Angeles landmark, Clifton’s Cafeteria, and decided to celebrate by taking what he thought would be an afternoon hike in the Joshua Tree National Park desert. But the afternoon hike turned into a six-day nightmare when Rosenthal got lost. Search teams on horseback and in helicopters combed the area, but, as time dragged on, did not expect to find Rosenthal alive. Rosenthal was missing during one of California’s worst heat waves in years. It reached 110 degrees in the desert.


Rosenthal, who is Jewish but not particularly devout, prayed. He prayed in Hebrew, summoning up the Shema Yisrael, the central prayer of Judaism. Finally, he prayed for rain, and 10 seconds later it rained. He lay down in amazement and the drops wet his parched tongue.


What he did next most probably saved his life....

—Bear Grylls, “Escape From Hell” on The Discovery Channel