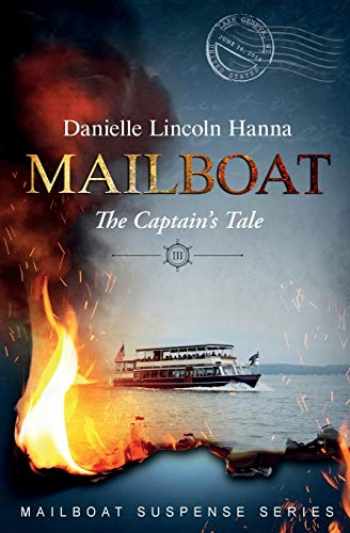 A girl who doesn’t belong. A secret she won’t tell. A killer setting the course.

The story continues from Mailboat I and Mailboat II.

The hopes of foster kid Bailey hang on a prayer as her beloved mentor Captain Tommy fights for his life, the most recent victim in a spate of violence that's rocked their idyllic lakeside town. She'd give anything to save him—even if it means making a devil's deal and walking away from him forever.

Officer Ryan Brandt's investigation into Bailey's abusive foster home has been a wash; Bailey won't talk. Once he realizes that Captain Tommy is the only person Bailey trusts, he makes it his mission to keep the two of them together, come wind or high water. His only hope is that Tommy will survive and coax Bailey's secrets up from the depths. Meanwhile, Jimmy the young scientific genius struggles to tell Bailey how he feels about her—at the same time fighting the monsters of his past and the memory of a sister whose fate still torments him.

None of it may matter, though, if the killer succeeds in the next step of his plan. The resulting storm may rock Lake Geneva to its very foundations.

Will long-hidden secrets finally come to the surface, drawing Bailey, Tommy, and other lost souls together? Or will the moor lines slip, setting them adrift as a serial killer navigates the town of Lake Geneva toward an explosive end?

The Captain's Tale is the third book in the thrilling Mailboat Suspense Series. If you fell in love with Bailey and the entire crew from the first two books, you won’t want to miss what happens next in Danielle Lincoln Hanna’s suspenseful page-turner!Buy The Captain's Tale to sink into the suspense today!

This series is written to be read in order. Don’t forget to pick up your copy of Mailboat I: The End of the Pier and Mailboat II: The Silver Helm!