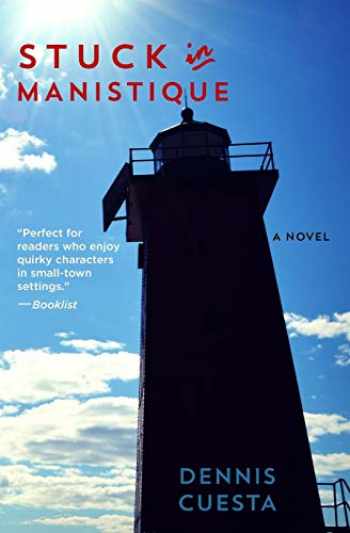 Acknowledged authors Cuesta, Dennis wrote Stuck in Manistique comprising 448 pages back in 2019. Textbook and eTextbook are published under ISBN 1732410933 and 9781732410930. Since then Stuck in Manistique textbook was available to sell back to BooksRun online for the top buyback price of $ 2.10 or rent at the marketplace.
Show more

Near the midpoint of the Upper Peninsula, along a Lake Michigan bend of shore, is the town of Manistique, Michigan. Mark had never heard of Manistique before the death of his estranged aunt, but as sole beneficiary of Vivian's estate, he travels there to settle her affairs. As Mark tours his aunt's house for the first time, the doorbell rings.

Days after graduating medical school, Dr. Emily Davis drives north, struggling with her illicit rendezvous on Mackinac Island. She never makes it―on the highway near Manistique, her car collides with a deer, shattering the car's windshield. Stranded for the night, Emily is directed to a nearby bed and breakfast.

Maybe it's a heady reaction, the revelation that his aunt, an international aid doctor, ran a bed and breakfast in retirement. Or perhaps he plainly feels pity for the young, helpless doctor. Regardless, Mark decides to play host for one night, telling Emily that he's merely stepping in temporarily while his aunt is away.

As a one-night stay turns into another and more guests arrive, the ersatz innkeeper steadily loses control of his story. And though Emily opens up to Mark, she has trouble explaining the middle-aged man who unexpectedly arrives at the doorstep looking for her.

Will these two strangers, holding on to unraveling secrets, remain in town long enough to discover the connection between them?