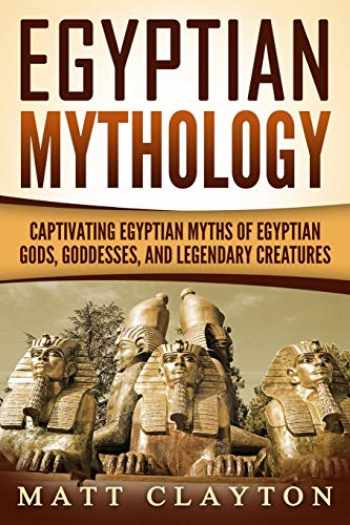 A Captivating Collection of the Most Popular Egyptian Myths

It can be challenging to find a comprehensive and engaging collection of Egyptian myths considering the number of versions and translations available. However, look no further as you have found a captivating book that includes many of the most popular Egyptian myths in an easy-to-read format.

This book is divided into four parts. The first, titled “Cosmological Narratives,” contains myths concerning the creation of the world and how the ancient Egyptians understood the structure of the Underworld and the passage to the afterlife.

“Myths of the Gods” contains the great myths of the gods Ra, Isis, Osiris, Horus, and Set.

The third section contains two political myths, the tale of the birth of Hatshepsut and “The Tale of the Famine,” both of which are stories created by rulers to consolidate their power by claiming divine intervention and favor.

Other stories, similar to what we today would call fairy tales, make up the last section of the book, and are full of magical wonders, animals that speak, and gods who reveal themselves to human beings and take an active role in their affairs.

In this book, you'll find the following Egyptian myths and topics covered
Because the Egyptian pantheon was so extensive and fluid, a select glossary is included at the end. The glossary also contains definitions of select terms that are important for understanding some of the concepts in the stories, such as the Egyptian classification of parts of the soul. A brief timeline of ancient Egyptian history also follows the introduction.

So what are you waiting for? Get the book now to learn more about Egyptian mythology through captivating stories
Show more