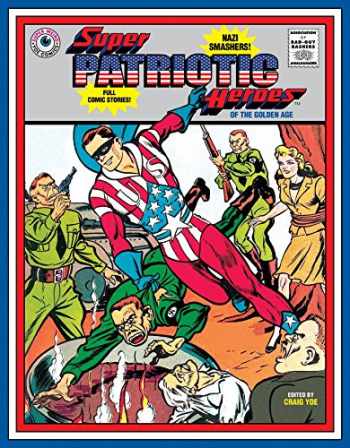 Acknowledged authors Eisner, Will, Schomburg, Alex, Sultan, Charles, Hughes, Richard wrote Super Patriotic Heroes comprising 224 pages back in 2018. Textbook and eTextbook are published under ISBN 1684051797 and 9781684051793. Since then Super Patriotic Heroes textbook was available to sell back to BooksRun online for the top buyback price or rent at the marketplace.
Show more

During World War II, a legion of star-spangled, flag-draped superheroes fought to defeat the forces of evil. Rediscover them now, when we need them most! This book paints a compelling history and presents the exciting, full comic book stories.

Starting with The Shield and followed by Captain America, a whole battalion of red, white, and blue heroes appeared on the four-color page to help fight the Nazis. We need those superheroes again to battle for truth, justice, and the American Way!

Proudly presented are action-packed stories from America's Best Comics, Fight Comics, Our Flag, National Comics, and a battleship full of other explosive comic books of the Golden Age!
Show more