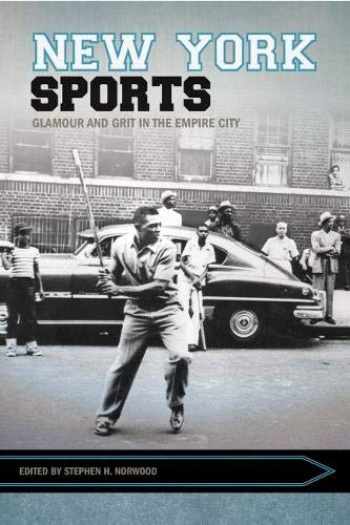 New York has long been both America’s leading cultural center and its sports capital, with far more championship teams, intracity World Series, and major prizefights than any other city. Pro football’s “Greatest Game Ever Played” took place in New York, along with what was arguably history’s most significant boxing match, the 1938 title bout between Joe Louis and Max Schmeling. As the nation’s most crowded city, basketball proved to be an ideal sport, and for many years it was the site of the country’s most prestigious college basketball tournament. New York boasts storied stadiums, arenas, and gymnasiums and is the home of one of the world’s two leading marathons as well as the Belmont Stakes, the third event in horse racing’s Triple Crown.

New York sportswriters also wield national influence and have done much to connect sports to larger social and cultural issues, and the vitality and distinctiveness of New York’s street games, its ethnic institutions, and its sports-centered restaurants and drinking establishments all contribute to the city’s uniqueness.

New York Sports collects the work of fourteen leading sport historians, providing new insight into the social and cultural history of America’s major metropolis and of the United States. These writers address the topics of changing conceptions of manhood and violence, leisure and social class, urban night life and entertainment, women and athletics, ethnicity and assimilation, and more.
Show more