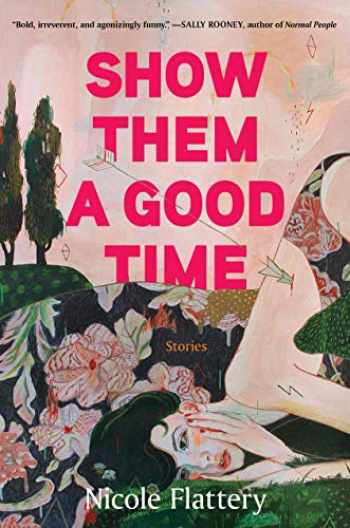 Show Them a Good Time

Acknowledged authors Flattery, Nicole wrote Show Them a Good Time comprising 256 pages back in 2020. Textbook and eTextbook are published under ISBN 1635574293 and 9781635574296. Since then Show Them a Good Time textbook was available to sell back to BooksRun online for the top buyback price of $ 0.98 or rent at the marketplace.
Show more

"Show Them a Good Time is a master class in the short story-bold, irreverent and agonizingly funny." Sally Rooney, Author of Normal People and Conversations with Friends

A blisteringly original and wickedly funny collection of stories about the strange worlds that women inhabit and the parts that they must play.

A sense of otherworldly menace is at work in the fiction of Nicole Flattery, but the threats are all too familiar. SHOW THEM A GOOD TIME tells the stories of women slotted away into restrictive roles: the celebrity's girlfriend, the widower's second wife, the lecherous professor's student, the corporate employee. And yet, the genius of Flattery's characters is to blithely demolish the boundaries of these limited and limiting social types with immense complexity and caustic intelligence. Nicole Flattery's women are too ferociously mordant, too painfully funny to remain in their places.

In this fiercely original and blazingly brilliant debut, Flattery likewise deconstructs the conventions of genre to serve up strange realities: In Not the End Yet, Flattery probes the hilarious and wrenching ambivalence of Internet dating as the apocalypse nears; in Sweet Talk, the mysterious disappearance of a number of local women sets the scene for a young girl to confront the dangerous uncertainties of her own sexuality; in this collection's center piece, Abortion, A Love Story, two college students in a dystopian campus reconfigure the perilous stories of their bodies in a fraught academic culture to offer a subversive, alarming, and wickedly funny play that takes over their own offstage lives. And yet, however surreal or richly imagined the setting, Flattery always shows us these strange worlds from startlingly unexpected angles, through an unforgettable cast of brutally honest, darkly hilarious women and girls.

Like the stories of Mary Gaitskill, Miranda July, Lorrie Moore, Joy Williams, and Ottessa Moshfegh, SHOW THEM A GOOD TIME is the work of a profoundly resonant and revelatory literary voice – at once spiky, humane, achingly hilarious-- that is sure to echo through the literary culture for decades to come.