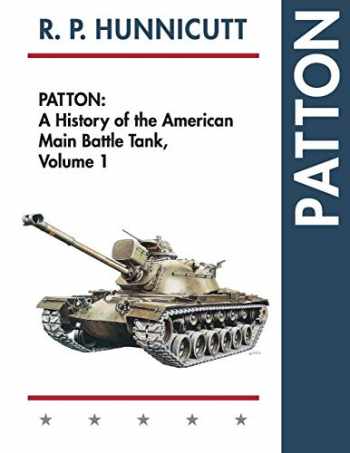 Patton: A History of the American Main Battle Tank

This ambitious entry in R.P. Hunnicutt's 10-volume compendium of American tank history details the development of the Patton tanks, including the M60 series as well as other vehicles based on the tank chassis or employing other elements of the tank's design. First developed in the period between WWII and the Korean War, various iterations of the Patton armored military vehicle have served as a crucial component of American military operations in all manner of engagements.

Hunnicutt spares no detail as he examines the origins and deployment of the M46 and M47 in the early days of the Cold War and for the duration of the Korean War. As the conflict escalated, increasing numbers of Patton tanks were deployed in Korea and many remained after the armistice to protect the tenuous agreement.

Developed to replace the M47 Patton and M4 Sherman, the M48 Patton main battle tank boasted a variety of technical improvements and was relied upon heavily throughout the Vietnam War, with over 600 individual tanks deployed alongside U.S. forces during the war. Hunnicutt provides detailed technical information about these vehicles and their role in the U.S. Army and Marines. The M60 product-improved descendant of the Patton tanks and its many variations is also treated with exacting detail by Hunnicutt, who takes us through the numerous and important variations on the Patton design.

Spanning the history of America's most widely used main battle tank, Hunnicutt's Patton is an absolute must-have for anyone interested in the history of the American military.

Richard Pearce Hunnicutt (1926-2011) enlisted in the 7th Infantry Division in 1944 and in 1945 was promoted to sergeant and awarded the Silver Star for his heroic actions. After WWII, Hunnicutt earned a Masters in engineering from Stanford University under the GI Bill. In addition to being one of the most respected metallurgists in California, Hunnicutt wrote the definitive 10-volume history of the development and employment of American armored vehicles. As a tank historian and leading expert in the field, Hunnicutt was one of the founders of the US Army Ordnance Museum at Aberdeen Proving Ground, MD and was a close friend and frequent contributor to the Patton Museum at Fort Knox, KY.