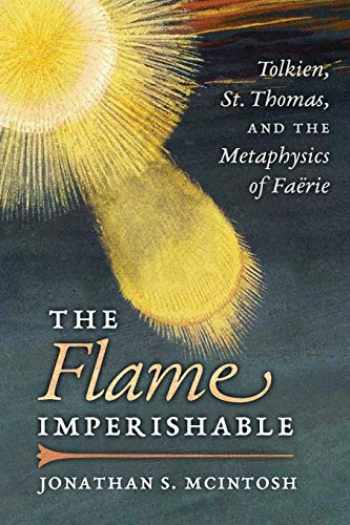 The Flame Imperishable: Tolkien, St. Thomas, and the Metaphysics of Faerie

J. R. R. Tolkien was a profoundly metaphysical thinker, and one of the most formative influences on his imagination, according to this new study of his works, was the great thirteenth-century theologian, St. Thomas Aquinas. Structured around Tolkien’s Middle-earth creation myth, the Ainulindale, The Flame Imperishable follows the thought of Aquinas as a guide in laying bare the deeper foundations of many of the more familiar themes from Tolkien’s legendarium, including such notions as sub-creation, free will, evil, and eucatastrophe. More than merely using Aquinas to illuminate Tolkien, however, this study concludes that, through its appropriation of many of the philosophical and theological insights of Aquinas, what Tolkien’s literary opus achieves is an important and unique landmark in the history of Thomism itself, offering an imaginative and powerful contemporary retrieval, interpretation, and application of Thomistic metaphysics for the twentieth and twenty-first centuries.

“McIntosh’s comprehension of Tolkien’s Legendarium is masterly; his appropriation of Aquinas is superb; his knowledge of the most important works in recent theology is staggering.”—RALPH C. WOOD

“In a tour de force for religious and non-religious readers alike, McIntosh illuminates Tolkien’s own metaphysical thought and how it pervades the entire fictive world of his legendarium.”—JASON FISHER

“Breathtakingly original, this book deserves to be a landmark. With a boldness supported closely by a wealth of reasoned argument, McIntosh highlights the singularity and magnitude of Tolkien’s achievement both as an artist and as a speculative thinker.”—MARK SEBANC

“In this exciting and lucidly written study, Jonathan McIntosh flings open a door that has remained all but sealed, bringing together the doctor of creation, Thomas Aquinas, with the artist of creation, J.R.R. Tolkien.”—CRAIG BERNTHAL

“This is a trustworthy guide to the radiant sense of being in The Lord of the Rings and The Silmarillion, which truly illuminates the realism of Tolkien’s project.”—ALISON MILBANK

“The Flame Imperishable is a most valuable addition to Tolkien scholarship.”—HOLLY ORDWAY

“This book is absolutely essential reading to anyone who takes Tolkien seriously enough to want to understand him more deeply.”—JOSEPH PEARCE

“The Flame Imperishable is not just another in a long line of books about J.R.R. Tolkien, but a truly seminal book that will be remembered as such long after the ephemera surrounding Peter Jackson’s work has come and gone. It will be canon.”—BRADLEY J. BIRZER