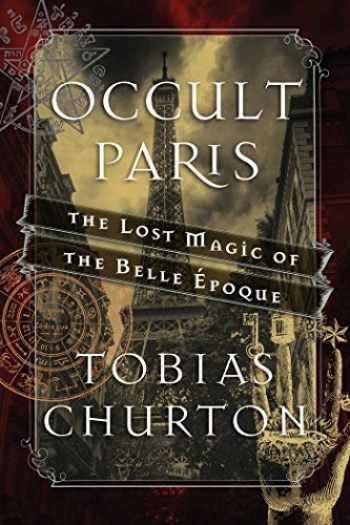 Occult Paris: The Lost Magic of the Belle Époque

• Reveals how occult activity deeply influenced many well-known cultural movements, such as Symbolism, the Decadents, modern music, and the “psychedelic 60s”

During Paris’s Belle Époque (1871-1914), many cultural movements and artistic styles flourished--Symbolism, Impressionism, Art Nouveau, the Decadents--all of which profoundly shaped modern culture. Inseparable from this cultural advancement was the explosion of occult activity taking place in the City of Light at the same time.

Exploring the magical, artistic, and intellectual world of the Belle Époque, Tobias Churton shows how a wide variety of Theosophists, Rosicrucians, Martinists, Freemasons, Gnostics, and neo-Cathars called fin-de-siècle Paris home. He examines the precise interplay of occultists Joséphin Peladan, Papus, Stanislas de Guaïta, and founder of the modern Gnostic Church Jules Doinel, along with lesser known figures such as Saint-Yves d’Alveydre, Paul Sédir, Charles Barlet, Edmond Bailly, Albert Jounet, Abbé Lacuria, and Lady Caithness. He reveals how the work of many masters of modern culture such as composers Claude Debussy and Erik Satie, writers Arthur Rimbaud and Charles Baudelaire, and painters Georges Seurat and Alphonse Osbert bear signs of immersion in the esoteric circles that were thriving in Paris at the time. The author demonstrates how the creative hermetic ferment that animated the City of Light in the decades leading up to World War I remains an enduring presence and powerful influence today. Where, he asks, would Aleister Crowley and all the magicians of today be without the Parisian source of so much creativity in this field?

Conveying the living energy of Paris in this richly artistic period of history, Churton brings into full perspective the characters, personalities, and forces that made Paris a global magnet and which allowed later cultural movements, such as the “psychedelic 60s,” to rise from the ashes of post-war Europe.